There is this general concept that the Wi-Fi connection is a lot better than the mobile internet, however, 33 nations have proved otherwise.

A study was conducted by OpenSignal and the results obtained revealed that mobile internet speeds were much better than Wi-Fi connectivity in thirty-three countries around the world. The study proved that the Wi-Fi connections are no longer superior to mobile networks, as the data networks are now reliable and faster owing to the advanced and classy bands used by the telecom operators.

The concept that Wi-Fi is much better than the data network started in the 2G era when Apple launched its first iPhone, at that time this concept was pretty much right. But with the introduction of 4G/LTE and now the upcoming 5G bands, it is correct now to say that the tables have turned.

Also Read: 69% of Pakistanis Unaware of the Internet – Report

Following is the list of those thirty-three nations whose variations in speed go as far as 10Mbps: 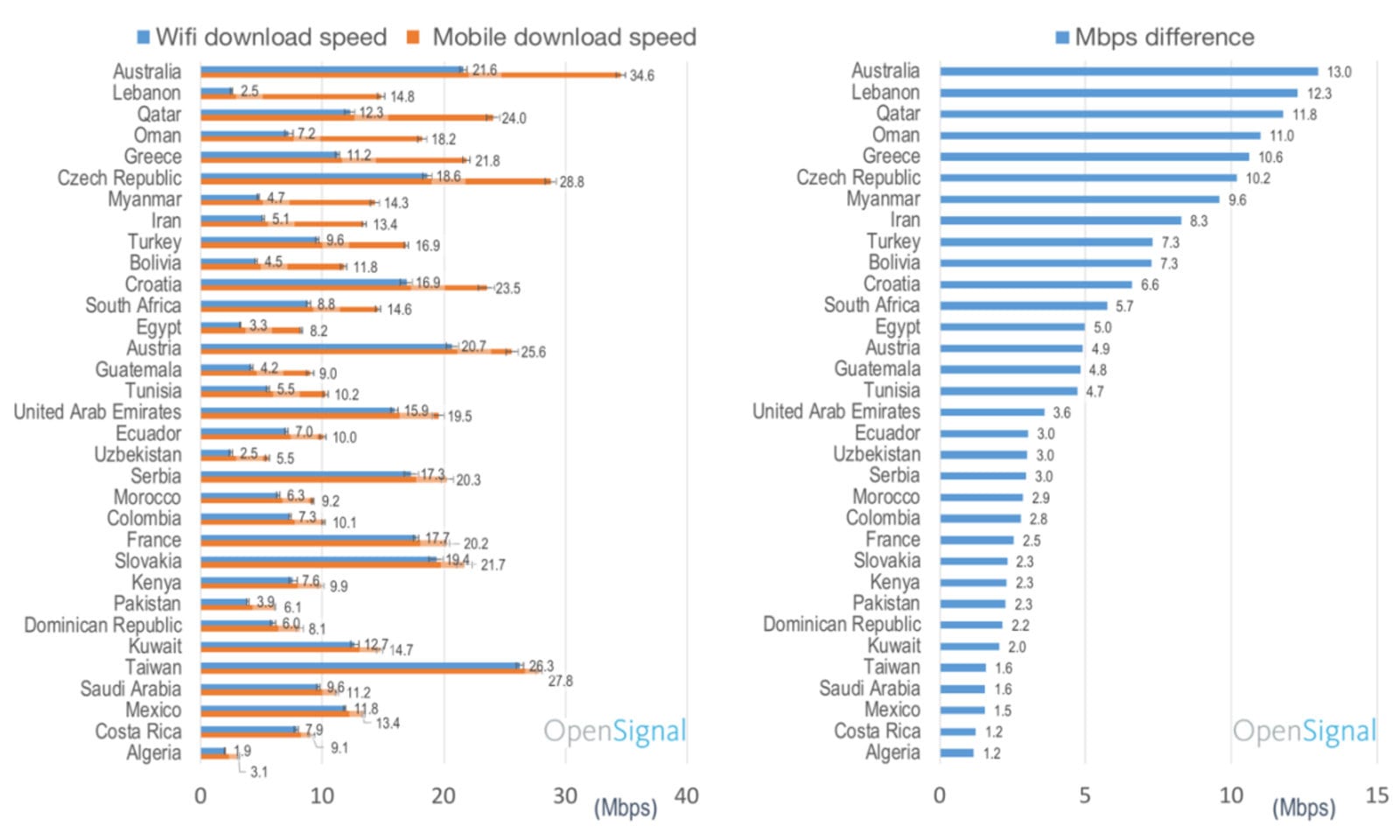 It could be observed clearly, that there is an extensive 13Mbps speed difference between the data network and Wi-Fi connections in Australia. In Pakistan whereas, there is a 2Mbps difference in speeds which is not much, however, is just enough to provide the mobile internet connections somewhat victory.

In nations like UAE, France and Qatar there is a remarkable speed difference between Wi-Fi and mobile internet connections.

A much better comparison would have been in terms of the reliability of the speed and the cost charged per Mbps as well as the amount of date being given.