The services like “Rishta Aunty” and “Mooch Hai Tou Sab Kuch Hai” brought super limelight to Careem may that be good or bad. People talked about it for long.

I mean I recall waking up to the message sent by Careem briefing about the Rishta Aunty thing and I for a moment was struck hard as if I could not believe what I am reading, I had to re-read the message to understand that yes this is actually, happening.

Careem is continuing its roller coaster journey. Its fearless enough that despite the criticism it received earlier on certain matters like partnering with Pizza Hut, the ride-hailing service never stops.

Again, Careem amused me with another tagline that I am sure would be a hit overnight and would keep the users tuned in for acquiring more details. The newly thrown tagline by Careem on its official pages on Twitter and Facebook is “Jab Mian Biwi Hon Razi”.

The users responded in hilarious ways to the post of Careem commenting fun stuff. 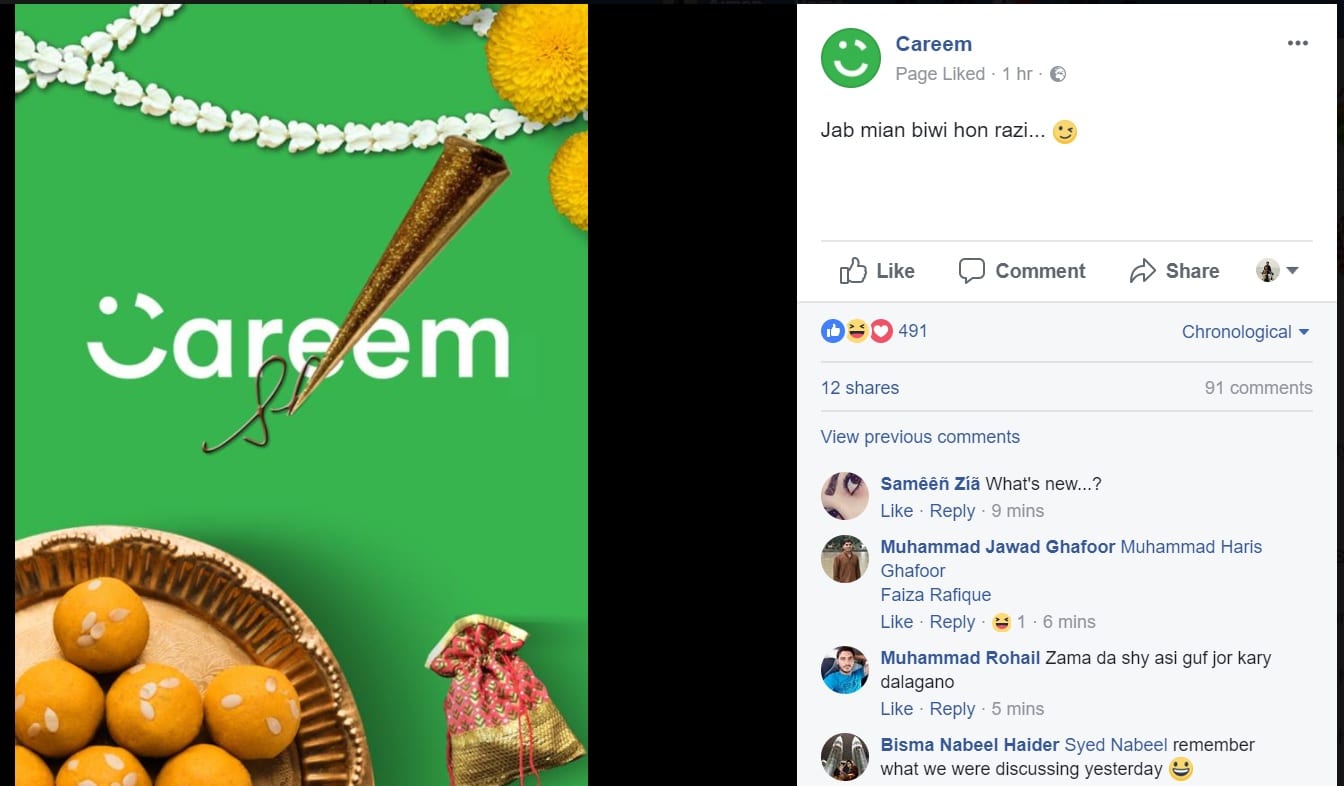 At the moment, nobody is aware that where would this be going, I mean this time what would the ride-hailing company be offering to its users.

As per the tagline indications, it could be like a service of providing “Qazi for the Shadi” or “Barat Discounts” or “Wedding car for the bride and groom” or “for people who want to run and marry (just kidding)” or something else. There are endless possibilities until Careem breaks the silence and announces what is the whole thing about.

Careem knows how to keep people occupied and in a fun way. By posting the tagline it has just engaged the people in guess work and now the users would be all eyes and ears until the final disclosure.

Whatever, might the offer be, I am confident that it would be something super “filmy” and “funny”.

23 hours ago Yasir Zeb
We use cookies on our website to give you the most relevant experience by remembering your preferences and repeat visits. By clicking “Accept”, you consent to the use of ALL the cookies.
Do not sell my personal information.
Cookie SettingsAccept
Manage consent