In Malaysia a love camp is to be set up that would be offering “halal” companionship opportunities for the single Muslims.

The idea was introduced by a forty-year-old lady who found the concept of living a lone life scary and hence came up with this idea.

Nor Daayah Abdullah—a forty years old businesswoman said that the one-day camp called “Kem Dapat Jodoh” (Get a soulmate camp) is targeted to assist the fellow Muslims in building their courage and confidence in their respective journey for finding the right one.

She informed on Thursday that she understands how sad and lonely it is to spend a life alone. Her husband passed away a year back and they had no children.

Nor Daayah is aware of the issues that are associated with the dating scene in Muslims, especially on the social sites.

She said she has herself joined many dating sites and groups and the people that are present there portray themselves as single whereas in actual they are not.

She added that was the point I realized that I should provide such a platform or opportunity for all those people who genuinely want to get themselves committed to some serious life partner.

She informed that the camp would be having the lectures and talks by the experienced motivational speakers on the topics of how to improve oneself before searching for life partners.

Nor Daayah further informed that in the evening a speed “halal” dating would be organised for the participants.

The female participants would be with their guardians who would be closely monitoring the conversations with the non-mahrams.

She said that the response received so far has been overwhelming ever since the flyer detailing about the event has been made viral on the social media. She said that the phone lines are constantly ringing, and many people are eager to be a part of this event. 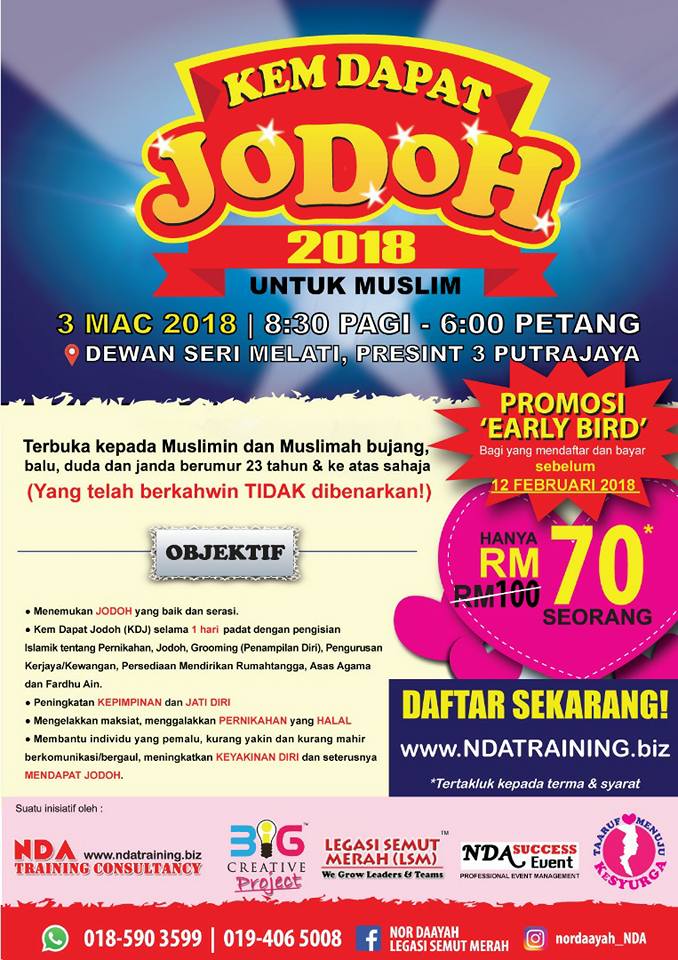 However, she added that for joining the camp there is a limitation that an individual must be a Muslim and Single, married Muslims would strictly be banned from the camp.