LinkedIn—the job-oriented social network is widely known for assisting the users in finding suitable job roles or in connecting to the people affiliated with the firms of interest. The social site is extensively work-related and has apparently no fun or entertainment options like other social media networks Facebook, Snapchat and Instagram.

But it seems LinkedIn is presently trying to change its platform, as yesterday it launched the video filters and text styles for its mobile app for making things less serious and more fun.

The social work-oriented network released its video feature back in August last year for allowing people to record or upload clips and then the option to post them on their feed. After that in October, it began testing its video filters for some specific occasions. Presently, it seems that the platform is all set to introduce the feature worldwide as they have officially launched both the filters and the text styles in a blog post.

It is important to mention that the new features could be an inspiration from the social platforms like Snapchat, Instagram and Facebook, but in actuality, at this stage, there is nothing like the ones being provided by the mentioned social networking sites.

Presently there are no options provided by LinkedIn for the addition of face-altering effects, GIFs, funny stickers and even the cool type filters that alters a lot of things on the screen. What the platform is offering is three filters that say, “Side Hustle”, “On the Air” and “Work High Five”. 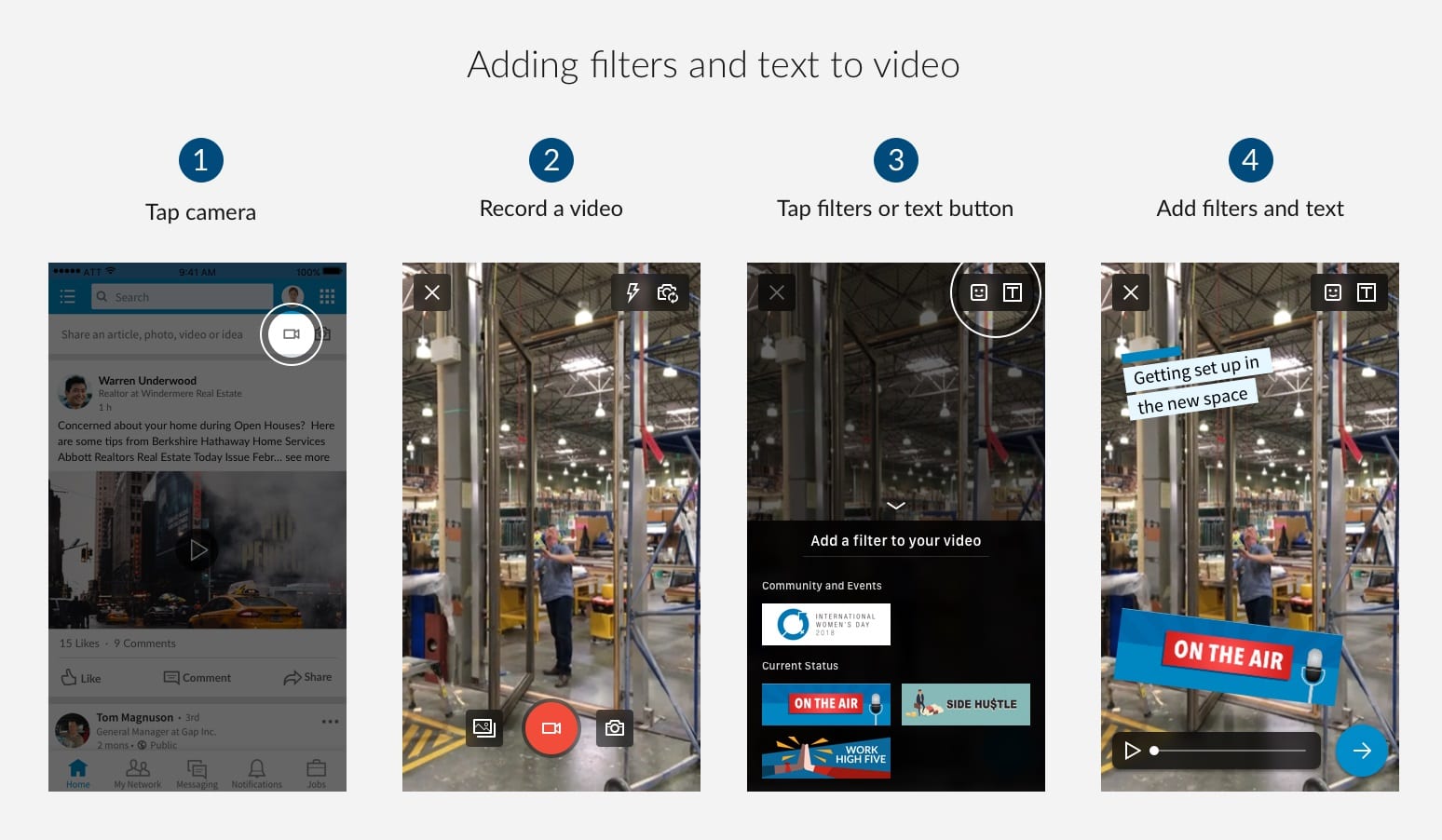 For the video text styles, there are also only three styles at present which are namely Plain, Geometric and FifthAve. The firm informs these would permit the video makers to “add context” so that the community may know what is happening around even when there is no sound.

The new change is definitely exciting, it is just the beginning of LinkedIn and it has promised to add more filters and text styles in the future.

The features could be used in the recent versions of the LinkedIn app for Android and iOS.