Popcorns besides being a good snack seem could now also be used for other reasons like charging robots. The popcorn-powered robot mechanism is amazing and incredible.

The engineers from the Cornell University have published a paper recently in which they have described that how popcorns, besides being a good snack item could be used as a power source for the small jumping robots because of the corn’s ability to expand and put pressure and motion when subjected to heating.

The paper captioned as the “Popcorn-Driven Robotic Actuator”, explains that it works when the flexible silicone beam is filled with thirty-six unpopped corn kernels and then is laced with a thin nichrome wire. As the wire gets heated up, the corn kernels start popping and increasing in size. The expansion puts pressure against the outer walls of the fingers resulting in moving them to curl and thus, grabbing any object place under it, IFL Science explained. 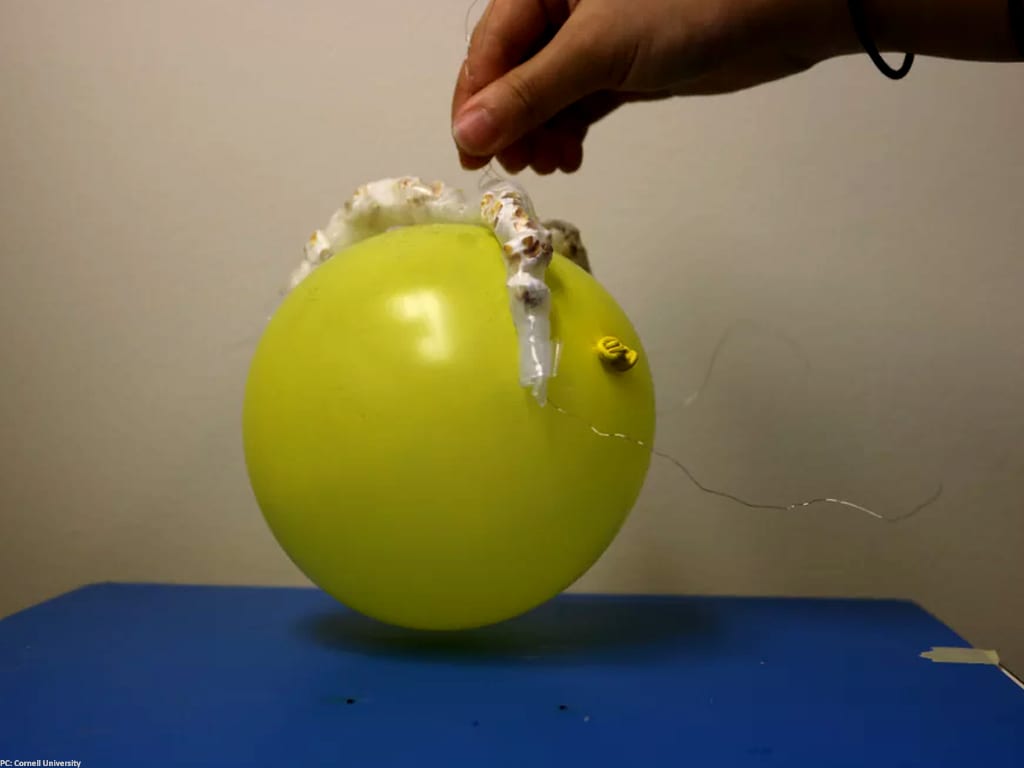 The lead author—Steven Ceron said that the objective of their lab is to try to make an extremely minimalistic robot, which when positioned in large numbers could attain great things. Ceron added that the simple robots are cheap and less subjected to failures, so they could have many small robots operating alone for a longer span of time. He added that they are always finding for new and creative ideas that would allow more functions for less, and the popcorn idea is among those.

As per the reports of Mirror, researchers are of the belief that the devices that could be powered by popcorn could also be used into medicine and could even be used for edible devices that could be ingested for medical reasons. Additionally, they could be a replacement for fluids in soft robots without needing the costly and heavy air pumps and compressors.

There is one disadvantage of this device which is that the popcorn-powered mechanism could only be used one time, as the corn kernels cannot shrink back once they pop. However, multiple uses could be possible keeping in mind that these kernels could be dissolved in water, as explained by Ceron.

Nevertheless, this technique is cheap, easily available, even edible and biodegradable. With this popcorn-powered robot, the researchers are hopeful of embracing the innovative and off-the-wall spirit.

22 hours ago Yasir Zeb
We use cookies on our website to give you the most relevant experience by remembering your preferences and repeat visits. By clicking “Accept”, you consent to the use of ALL the cookies.
Do not sell my personal information.
Cookie SettingsAccept
Manage consent