In Dhaka, two robots are being used in a restaurant for serving the customers. The robots have caused great excitement and delight among the residents and the customers of the restaurant.

One of the customers exclaimed her amusement saying that she was unable to believe her eyes that she is being served food by robots. 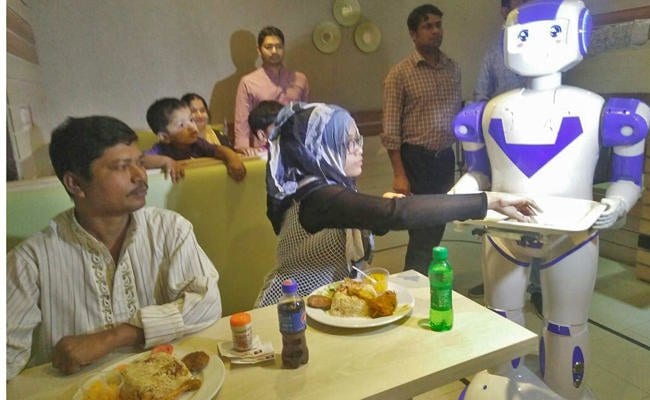 The Mexwel Robot Restaurant was inaugurated at a joint event with the Chinese robots’ manufacturers—HZX Electronic Technology Co. The restaurant is located near to the official residence of the Prime Minister.

On the opening day of the restaurant, a total of some three-hundred customers was served.

One other customer remarked that we are enjoying food accompanied by the fun with the robots. 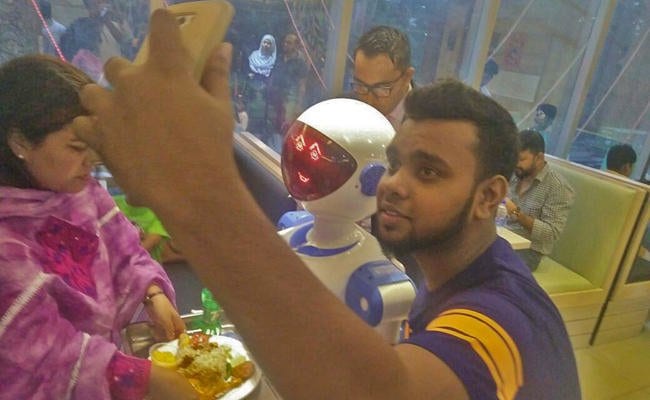 The robots have an inbuilt sketch of the restaurant’s interiors in their memory, with the tables identification by numerals.

Rahin Raiyan—Director of the restaurant while talking to Arab News mentioned that the robots are not named yet. The naming is to be done. The robots are one of each gender meaning one male robot and one female robot.

The restaurant has the capacity of serving up to hundred people at one time.

Raiyan further added that the main objective of the restaurant is to make this exceptional kind of initiative maintainable side by side keeping the good quality of food being served. 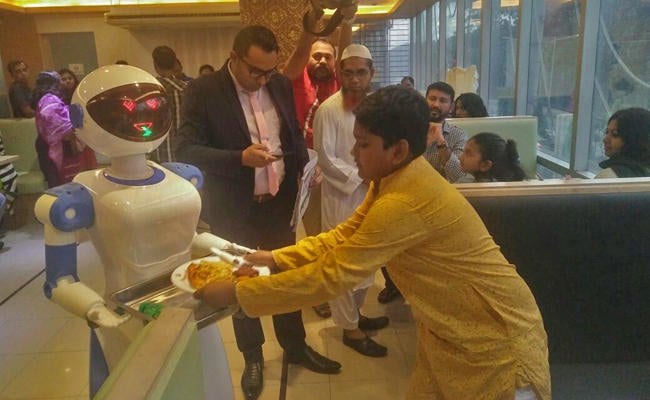 Robots cause amusement in people that’s natural but experiencing getting served by a moving robot is one unique kind of thrill. The people of Dhaka are justified in their excitement and amusement. 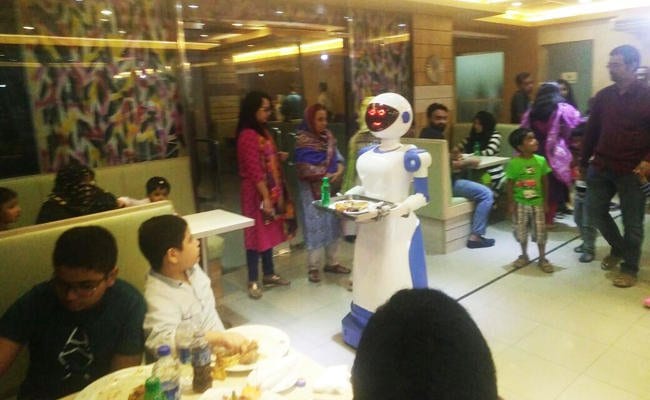 It is to be seen that whether the robot waiters’ initiative would just stick to one restaurant or seeing the popularity and fame of this concept other hotels and restaurants would follow the step.

How To Create, Add, & Edit A WordPress Navigation Menu? Explained 2023