WhatsApp has played and is still playing an effective role in fighting false news spread, similarly now WhatsApp would be labelling the forwarded messages sent to the users which would make the chats much simpler to follow.

In a blog post on Tuesday, WhatsApp announced that in trying to control the false and fake information spread, it would now indicate which messages are forwarded to the user. The extra content would assist in making one-on-one and group chats much easier to follow, as per the blog post.

According to WhatsApp, this new update would assist people in distinguishing that which messages are originally written by the sender and which are just the forward ones by someone else’s message. The label that basically would be applied to all kinds of content would have a small “Forwarded” tag on the top of the forwarded message. 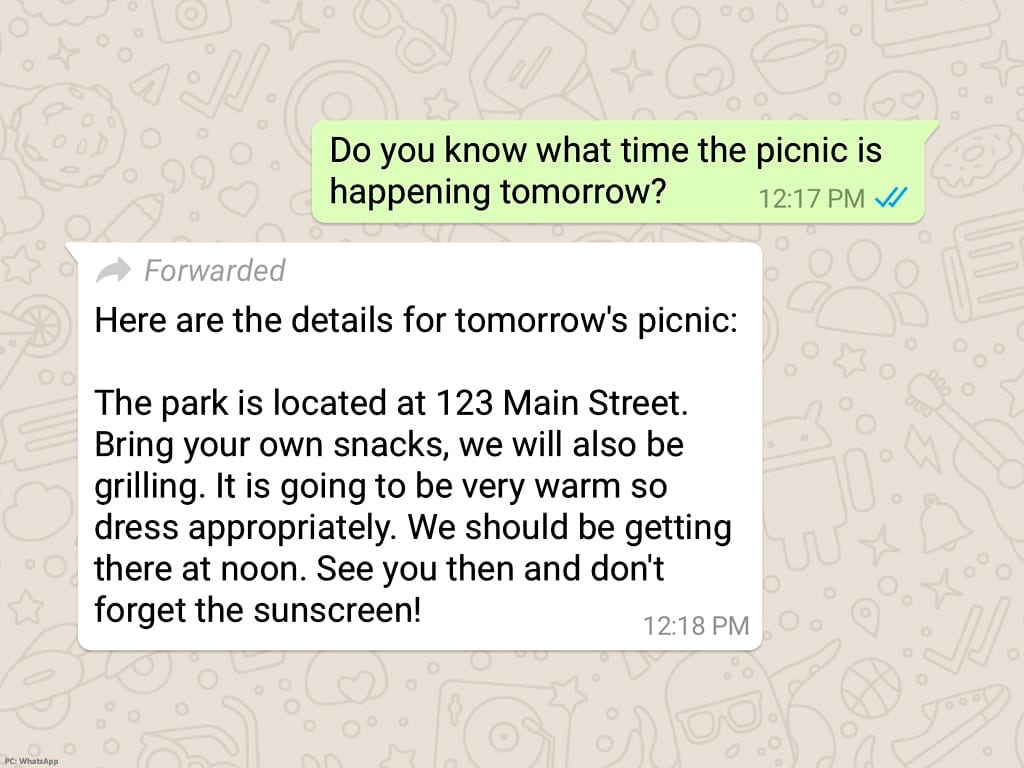 The Facebook-owned application also mentioned that WhatsApp cares highly for everyone’s safety. It encourages one to think before sharing the forwarded texts. For acquiring this feature, the user must have the most recent supported version of the application on their phones.

WhatsApp also reminded people that they still have the option of reporting scam or of blocking a contact. The blog post read that as a reminder, one could report spam or block contact in just one tap and could always reach out to WhatsApp directly for any kind of assistance.

Previously WhatsApp informed that it would soon stop working on some mobile phones which includes both the Android and iPhones. This was informed by the firm in a blog post titled as “Support for older operation systems”.

More Read: WhatsApp Would Soon Stop Working on Some Phones