Xiaomi Mi 6 was out last month and now it was supposedly Mi 7’s turn, but Xiaomi’s upcoming 8th anniversary suggests something else. There are rumors that claim the next Mi would be called Xiaomi Mi 8 instead of Mi7.

Today, the company’s official Weibo account posted a message which indicates that Xiaomi Mi 8 is scheduled to launch. If the phone is unveiled at the end of May, it will most likely start shipping in June.

Xiaomi has been unveiling its Mi flagships in Beijing for the last six generations but now they have moved the launch event to Shenzhen.

As most leaks suggest, the Xiaomi Mi 8 will be equipped with Snapdragon 845 chipset along with 8GB RAM and various options of internal storage.

Xiaomi has been really successful in the recent years, the company has become the fourth largest smartphone manufacturer during the first quarter of 2018 pushing Oppo down the list and replacing its position. 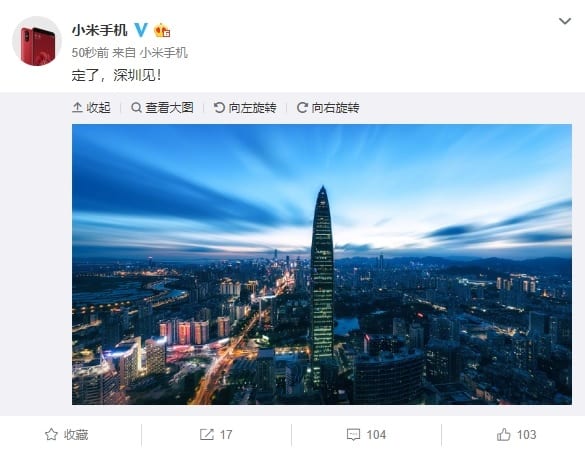