As the launch date of Xiaomi Mi Mix 2S is coming closer the company has now circulated advertisement poster to reach the audience, the phone will be announced on March 27 in Shanghai.

The poster features the new upcoming Xiaomi model Mi MIX 2S along with Chinese Canadian Actor Wu Yifan, also known as Kris Wu. The advertisement carries the slogan similar to Xiaomi Mi Note 3 which is “A Technology, An Art”. The simple yet, powerful message for the potential consumers.

Xiaomi is focusing on both simultaneously, the innovation and the design which could translate into technology and art in a comparable manager, so Xiaomi has come up with something it really offers to its customers. The slogan exactly translates into what Xiaomi’s major focus is.

The front display continues to use bezel-less design with narrower borders. The front camera area is not clear in the image, however, it probably sits at the same place as its predecessor. The poster, however, doesn’t show the back side of the phone, thanks for the previous leaks which can give us something about it. According to the leaks, the phone had a notch which is discarded in the latest poster released. However, the leaks suggested that Mi Mix 2S would be the first phone to sport dual camera set up at the rear. 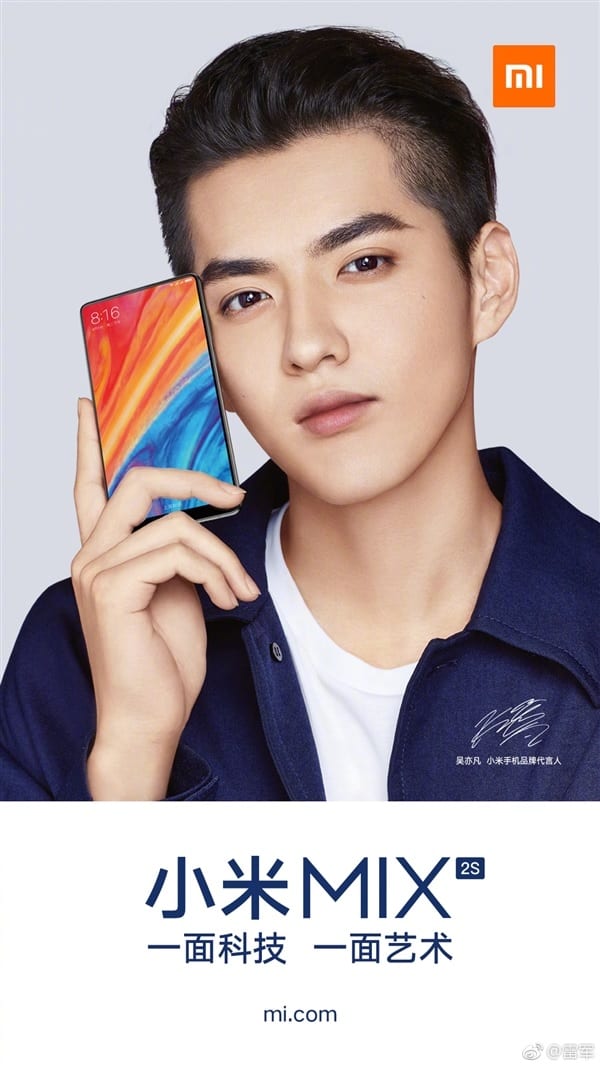 The camera setting seems to be matching the newcomer in the market “Xiaomi Redmi Note 5” but the specifications are of course different, the sensors and shooting performance are not similar to Redmi Note 5, the Mi MIX 2S is expected to come two independent sensors for both cameras at the back coupled with AI technology.

As most of the Xiaomi Flagships are powered by Snapdragon, this phone is equipped with Snapdragon 845, after launching Mi Mix 2S in the market the company would release the new schedule of its upcoming flagships in 2018 in which Mi 7 is expected to hit the market in summer. Stay tuned for more updates and specification about Xiaomi Mi Mix 2S.

10 hours ago Muhammad Bilal
We use cookies on our website to give you the most relevant experience by remembering your preferences and repeat visits. By clicking “Accept”, you consent to the use of ALL the cookies.
Do not sell my personal information.
Cookie SettingsAccept
Manage consent