However, because of some constraints e.g. space for other sensors and face ID, ditched the plan for popup camera, Xiaomi’s co-founder and President Lin Bin today released some previous images of popup camera design.

Xiaomi filed a patent for popup camera design in 2015 and worked on it for some time but the President said, the popup design didn’t meet some of the functional requirements of Xiaomi Mi Mix 3 and they decided to change the plan for full-screen slide design. 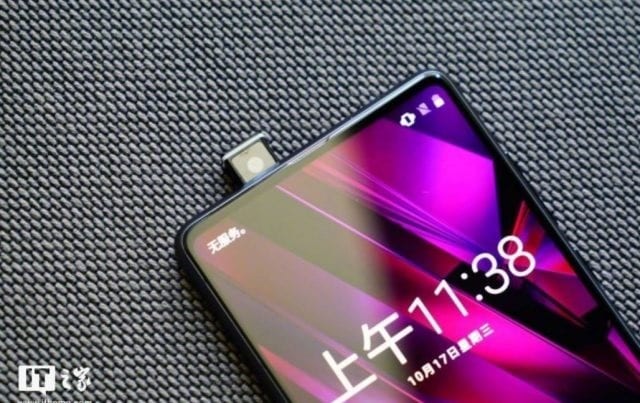 Xiaomi has now released an official teaser of Xiaomi Mi Mix 3 with Slide design. The screenshots and video indicate that Mi Mix 3 will have a display resolution of 2340×1080 pixels with an aspect ratio of 19:5:9 almost a full-screen view.

It would be Xiaomi’s first ever phone with 19:5:9 aspect ratio and OLED screen.

Counting on further rumors, Xiaomi Mi Mix 3 might come with Qualcomm Snapdragon 845 SoC, 10GB variant of this phone is already in the rumors box if this becomes a reality this would be Xiaomi’s first phone either with 10GB RAM.

Xiaomi’s might also be the first manufacturer to hit the market with 10GB RAM phone as Oppo’s rumored 10GB variant of Find X is still in shadows.

18 hours ago Yasir Zeb
We use cookies on our website to give you the most relevant experience by remembering your preferences and repeat visits. By clicking “Accept”, you consent to the use of ALL the cookies.
Do not sell my personal information.
Cookie SettingsAccept
Manage consent