Apple has maintained its unique position when it comes to emojis. Recently Apple disclosed a collection of new emojis. The new emoji collection would be launched soon in iOS 11.1 update. They are a total of fifty-six emoji characters introduced with Unicode 10.

Android Oreo has got its own set of comparable characters but as many people are not using the Oreo version of the software so they do not have access to these emoji characters. Some app developers are working on some built-in support to make the old android version users enjoy these new characters equally.

Coming back to the exciting topic of new emojis so Apple has taken care to please everybody by launching characters from clothes to food items, from animals to most loved activities, from vegetables to the weather appropriate attires, from hearts to gender-neutral emojis.

Winter is approaching fast and in no time, we would all be switching to warm clothes. Apple kept the expected attire change in mind and sensing the need to keep the chats exciting released four new emoticons for clothing a pair of gloves, a wooly scarf, a baseball cap and a trench coat.

The animal section was introduced with five new animals including a dinosaur, yes, a dinosaur, specifically Brachiosaurus, isn’t that exciting? Also, a zebra, a hedgehog, a giraffe and lastly a grasshopper kind of insect were revealed.

An orange color heart was another emoji character in Unicode 10. Now there would be six colors available in hearts. Expressing love becomes fun when there is a variety of colors to play with.

The ever loved and widely used smiley faces are made more enhanced in their expressions. Just the look of them is so pleasing that one gets all excited for the iOS 11.1 update.

Then there is some new emoji for activities like hiking, skiing, spas, etc.

Some gender-neutral emojis available in all skin tones is also introduced. Broccoli, a pie, and a takeaway box cover the food section.

Some mythical character emojis are also there.

And lastly, an “I love you” emoticon from American Sign Language very much wanted by the ASL users was revealed. This character was most wished by the activists to be added to Unicode. 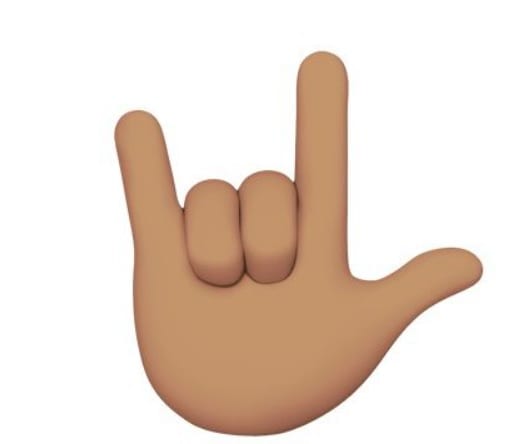 The release of these emojis makes the wait for iOS 11.1 update more exciting, although when this update would be available for the public is not yet announced by Apple.

12 hours ago Web Desk
We use cookies on our website to give you the most relevant experience by remembering your preferences and repeat visits. By clicking “Accept”, you consent to the use of ALL the cookies.
Do not sell my personal information.
Cookie SettingsAccept
Manage consent