If you are a Muslim and looking for the right apps for you so you can gain some knowledge about Islam, read Quran and its translation, read and learn more about other rituals then beware of the apps floating on the Google Play Store.

The Google App store becomes handy when you wish to download such religious apps, so you can read and learn with ease anywhere in the world. But you have to be very careful about choosing the apps when you go to the Play Store.

There are some apps floating on Google Play Store that was originally created by “Qadyani” “Ahmadiyya” people who are not Muslims as per consensus by the majority of Muslims because they do not believe in the prophethood of Prophet Muhammad (SAWW) rather they believe he was not the last messenger of God and follow another prophet after that whose name was “Mirza Ghulam Ahmed Qadyani”, he claimed to be Messiah as well and he claimed to be “Imam al Mehdi”, he died in 1908 in Lahore during British India rule.

To cut the story short keep yourself safe from their apps on the Play Store, there are dozens of apps such as Quran, Namaz, and others which spread wrong translation of the Holy Quran.

Muslims living in Europe, UK, US, Canada and Australia should pay more attention to this issue, their children might download these apps on their tablet, mobile and read wrong interpretations of Islam. It is their duty to keep asking their children, relatives, friends, and family what Islamic apps they use on their mobile devices, make sure you are well aware of the developers who made this app and the app is authentic. 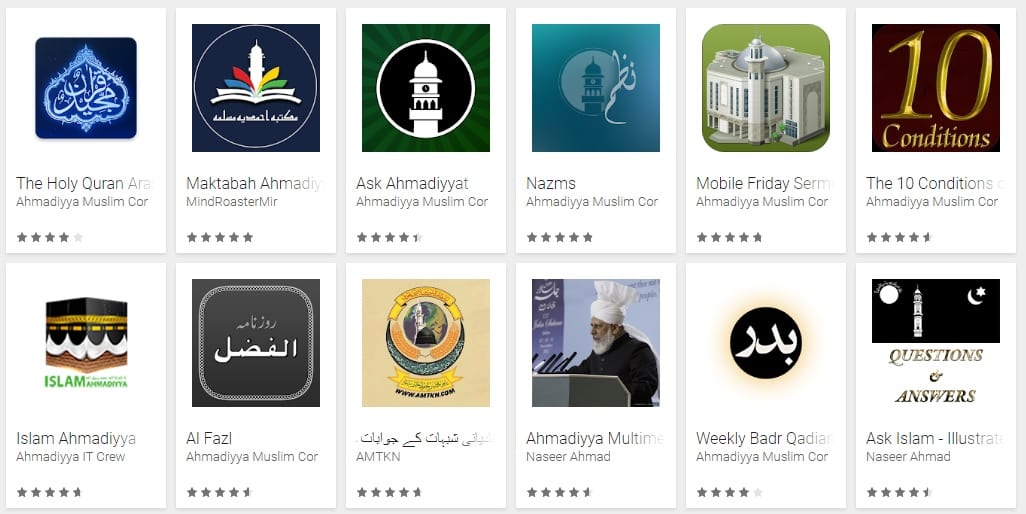 There might be other Qadyani and Ahmadiyya apps on the Play Store, always do your background research and read more about publisher/developer before downloading any Quranic, Islamic app on your mobile device.