Facebook the social networking platform has publicly unveiled on Monday regarding a bug on the social media site and Messenger that unblocked some people, users have already blocked.

The company admitted and apologized in its blog post addressing more than eight lac users that there had been some bug in Facebook and Messenger that has unblocked some of the blocked people briefly. The bug has now been resolved. It was active during the time span from 29th May until the 5th of June.

Erin Egan—the chief privacy officer said in the blog post that they understand that blocking someone is important and that they want to apologize and explain what actually happened.

Blocking someone on Facebook means that a person would not be able to see any of the user’s posts or start a conversation on Messenger.

The unblocked people were not able to view the content posted or shared by friends however they were able to see the content posted for an extensive set of audience, like friends of friends. Moreover, the bug did not re-build friendship connections that were earlier unfriended. Eighty-three per cent users were affected by the bug had just one person unblocked for temporary time frame who were able to connect with the user through Messenger.

Facebook apologized for the bug and informed that the problem has not been taken care of and all the unblocked people have been reverted to their previous status which was of being blocked. The affected people would be getting a notification that would motivate users to review their blocked contacts list. 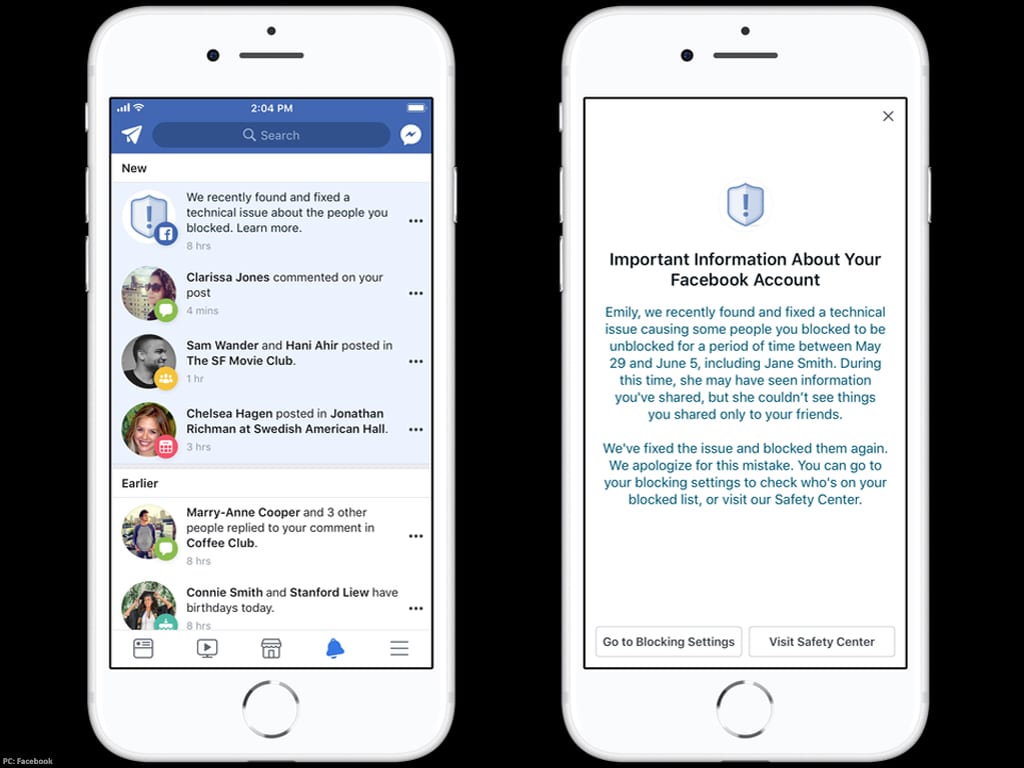 More Read: Google and Facebook Use “Dark Patterns” to Trick People into Giving Up Data, As per Report

Defeat for Springer: Adblocking is not a copyright infringement

24 hours ago Web Desk
We use cookies on our website to give you the most relevant experience by remembering your preferences and repeat visits. By clicking “Accept”, you consent to the use of ALL the cookies.
Do not sell my personal information.
Cookie SettingsAccept
Manage consent