As per the reports of yesterday, Facebook stories are being renovated. The Facebook is shutting its Messenger Day stories and merging them with the Facebook stories. So, now the twenty-four-hour short-lived stories would be appearing in both the Messenger and Facebook app, and if viewed in either one of the apps then it would not be showing unviewed in the other app.

Connor Hayes-Product Manager-Facebook, while talking to the representatives of TechCrunch informed that the stories are being consolidated to make it much simpler for people to share stories across various applications. As per him some individuals already were of the belief that the stories are connected, and we thought it would make sense.

The camera options for the apps would remain distinct from each other, while Facebook’s is majorly focused on amplified reality masks and effects and that of the messenger is focused on stylizing and adding captions or friend invites for hangouts.

Hayes added that now the two experiences are being unified, so it would make more sense if they are given the same name. 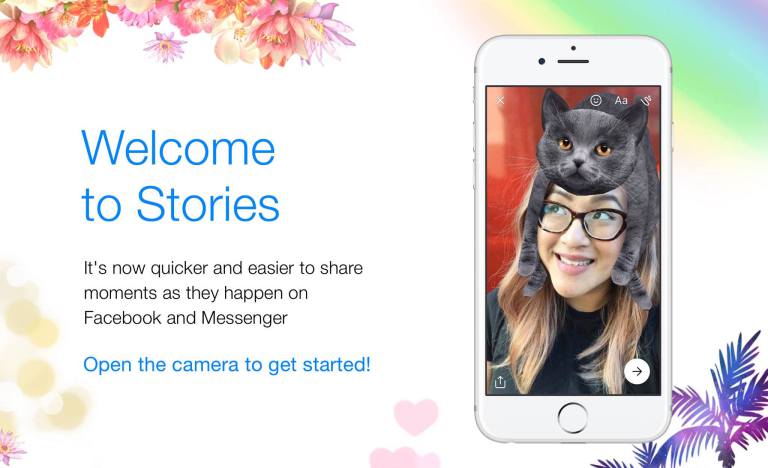 Making the options for stories posting much easier and providing it exposure across the applications would be boosting its usage. Facebook stories have not seen similar usage and popularity peaks as seen and experienced by the stories on Instagram.

Facebook is also working on shutting off its Facebook Direct feature for the personal brief texting. Instead, all the responses, stories, and Facebook camera texts would be routed via Messenger. This means presently there will not be a disappearing messaging feature on Facebook, as Facebook Direct used to delete videos and photos after they were viewed and are no more in active conversations.

Paulina Bozek—Product Manager-Messenger said that Facebook has taken the initiative for this change as per the user response who prefer to have their story replies within the Messenger.

While the socio-tech giant is restructuring many aspects of stories, it is also adding the unified Stories for events. This feature would allow people to jointly contribute to one single story for any event, under the supervision of the event’s admin.

According to TechCrunch, there are certain smaller changes on way too along with the other changes like the new privacy setting relating the visibility of the stories and the introduction of Facebook Stories for its stripped-down application—Facebook Lite, widely famous in nations like Mexico, India, and the Philippines.

These changes are in line with the Facebook’s objective of letting more people use Facebook stories for their social media activities and updates. Back in August, it added the feature of making GIFs and recently it has given the option of allowing users to post their Insta stories on Facebook, simultaneously.

So far this story feature is most popular on Instagram and then at WhatsApp.

How to Overcome Resourcing Challenges for Successful Global Project Delivery?