Now the iPhone X had hit markets for a week now its time to focus on the rumors relating the upcoming iPhones. 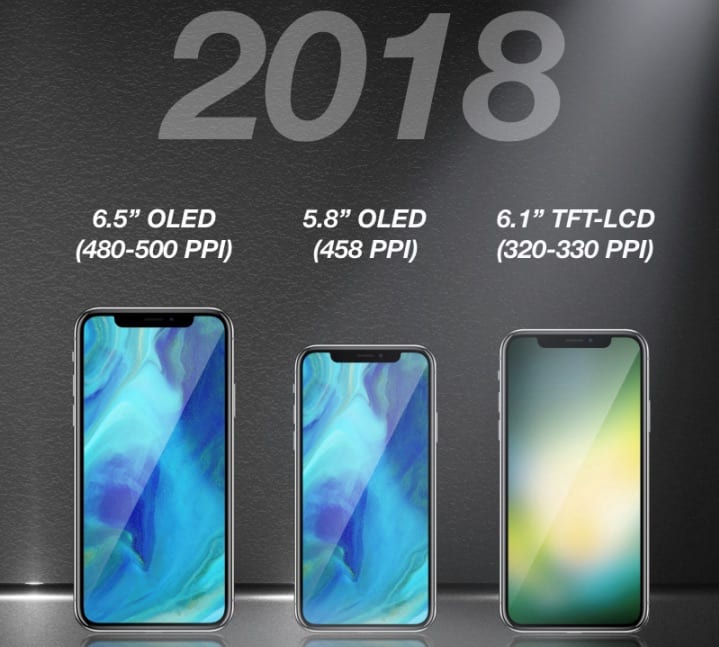 King-Chi Kuo in his research note mentioned that Apple is willing to meet the different needs of the high-end market by expanding its full-screen gadgets line. At the top would be the 6.5-inch OLED iPhone, then would be an upgraded version of the 5.8-inch OLED iPhone X and lastly, there would be the 6.1-inch LCD iPhone. All the phones thus covering different market segments.

Kuo believes that the price range of the 6.1-inch LCD iPhone would be somewhere in between $649 and $749 and the phone would be different because of the less-dense screen resolution, enabling it to offer poor picture quality.

In case, Apple does launch the 6.1-inch iPhone then the price of $749 seems pretty cheap as this phone sounds like a step up from the current Plus model. Selling it for like say $899 makes more sense as it would be some device between the refreshed version of the existing Plus and refreshed variant of iPhone X.

Apple is known for taking time and working on its profit margins so it would be an optimistic call if it’s said that Apple is aggressive in the product pricing and in providing new technology to consumers through its product line keeping.