Google announced on Monday the start of the festivities season with a bunch of new interactive Doodles.

Global Festive means family, friends, travelling, reunions, food and unlimited fun. Google is stamping the season with a whole new series of interactive Doodles about a family of birds planning to travel South.

According to Google, two penguins, a “pair of slippery-footed siblings” launched with a bunch of seasonal candles, are super thrilled to spend some time with their “warm weather relatives”—a toucan and a parrot.

The first introduction in the December global celebrations succession, released today, depicts the penguins making plans with their Southern relatives for visiting them and are shown packing their bags accordingly for the possible travelling.

The Doodle’s last panel shows a past photo of the reunited family, along with some wrapped gifts that give indications to the series’ next releases—25th December-Christmas Day, 31st December-New Year’s Eve and lastly 1st January-New Year’s Day—that would be showing the complete adventures experienced by the Penguins’ as they travel to their warmer climate relatives for enjoying the merriments of the season together. 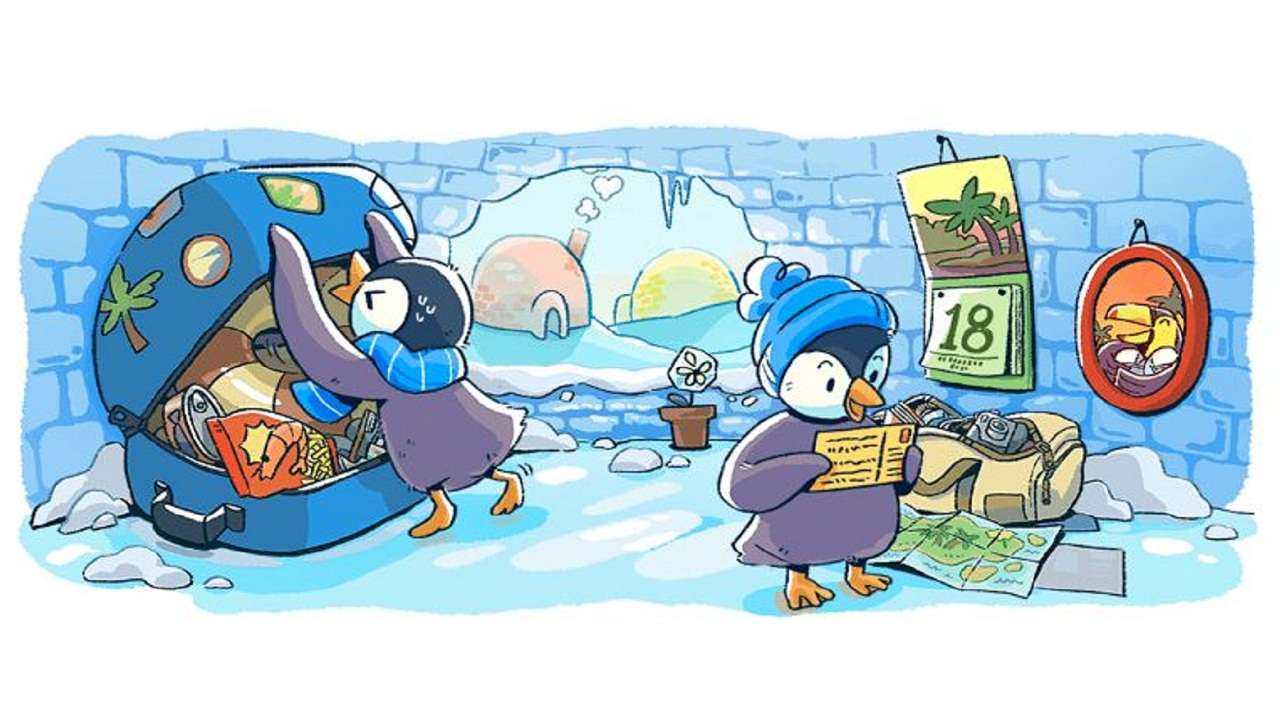 Google asked in its blog post to remain tuned for learning the nature of the fun the feathery family has in store.

Generally, people at this time of the year are much calm and relaxed and are in more celebration kind of mood which is further enhanced by the cosy homes, holidays, warmer drinks and clothes and lights.

In such dull-romantic environment, every brand tries playing its part for leaving a good mark on peoples’ mind as the year departs and so is the attempt done by Google—to make everyone feel and know that Google is equally-in for all the festivities and acknowledges them.

MalwareBytes: All Google And YouTube Services Detected As malware