Google Maps shortcuts are now live for selective users in India, as per a user tip through the Android Police. Particularly, the new feature has arrived on Google Maps for the version 9.72.2.

A user can now choose up to four shortcuts at a single time from a selection of fourteen, such as the nearby malls, food, metro stations, direction to work and directions to home. 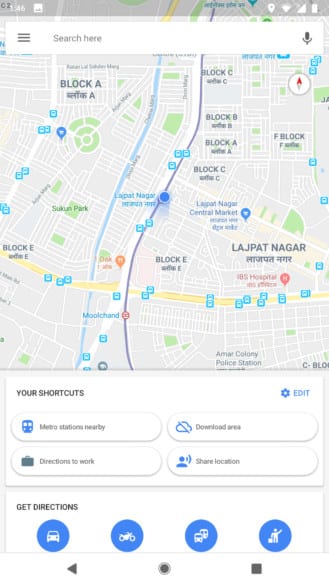 By default, Maps chooses three for the user to start, with the ability for the addition of one more or swapping the default choices to something else. 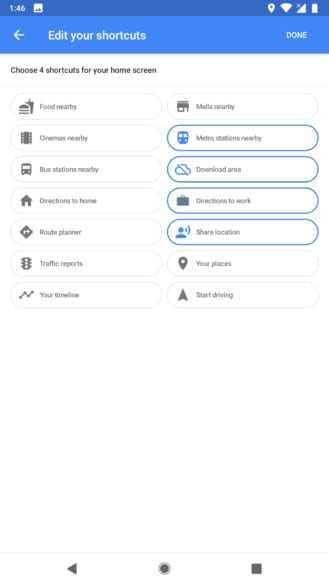 It is an expanded version of what one could previously add to their home screen by holding the Google Maps icon and choosing a saved location for the quick navigation. Now, these shortcuts are noticeable the moment the app is opened for locating or searching.

The expanded features are apparently live for only some users in India. Google has been contacted to comment on the further spread of the features to all.

This is a useful feature; however, it seems that the current implementation is lacking more personal options, hopefully, they would be coming later.

This could not be said with authority that whether these shortcuts would be appearing for the users based outside India as how prevalent these features are is unknown.

It is a possibility that the shortcuts are targeted solely for the Indian Maps UI, however, let’s hope that they may launch worldwide as they are super useful.

Google Maps is a web mapping service made by the Google. It offers street maps, satellite imagery, traffic conditions in real time and 360 degrees panoramic views of the streets. Moreover, it also facilitates its users by providing the route plans for everyone may the person be travelling on foot or in a car or by bicycle or public transportation.