The users who are included in the testing phase are getting a warning alert that if next time they take a screenshot or screen recording of their friend’s story that friend would be notified.

As per a statement given to the TechCrunch Instagram affirmed the test and said that we are always finding methods and ways for improving the experience on Instagram to make it simpler for everyone to share their moments with people who matter the most.

Most probably Instagram is testing this feature to see if it has any prominent impact on the user engagement, before finalizing the decision whether the company should roll out the feature for all users or not. Like there is a chance that people might stop watching stories in greater number as they would not be able to take screenshots anonymously.

Earlier to this, the only screenshot notification on Instagram was when someone used to take a screenshot of the private direct message. Anybody could take the screenshot of someone’s photo or story without notifying the creator of the post or story. Most significantly story could be viewed as many times as possible within twenty-four hours, with the creator completely unaware that exactly how many times a single person viewed it.

If this feature is launched, then it would align Instagram with Snapchat in terms of how both platforms deal with screenshots. Any screenshot of a direct message would send an alert to the sender; however, a screenshot of the story would just result in an icon being placed next to the person’s name who took a screenshot in the viewer analytics tab.

Instagram has also introduced another feature Type Mode to Add text-only posts in the stories. Hence the stories could be made more attractive. Users could choose from various colourful options, customizable backgrounds and various text styles—which includes a neon font that’s suggestive of a typewriter. This new feature was earlier available in some regions only but now the company has decided to go worldwide with the launch. 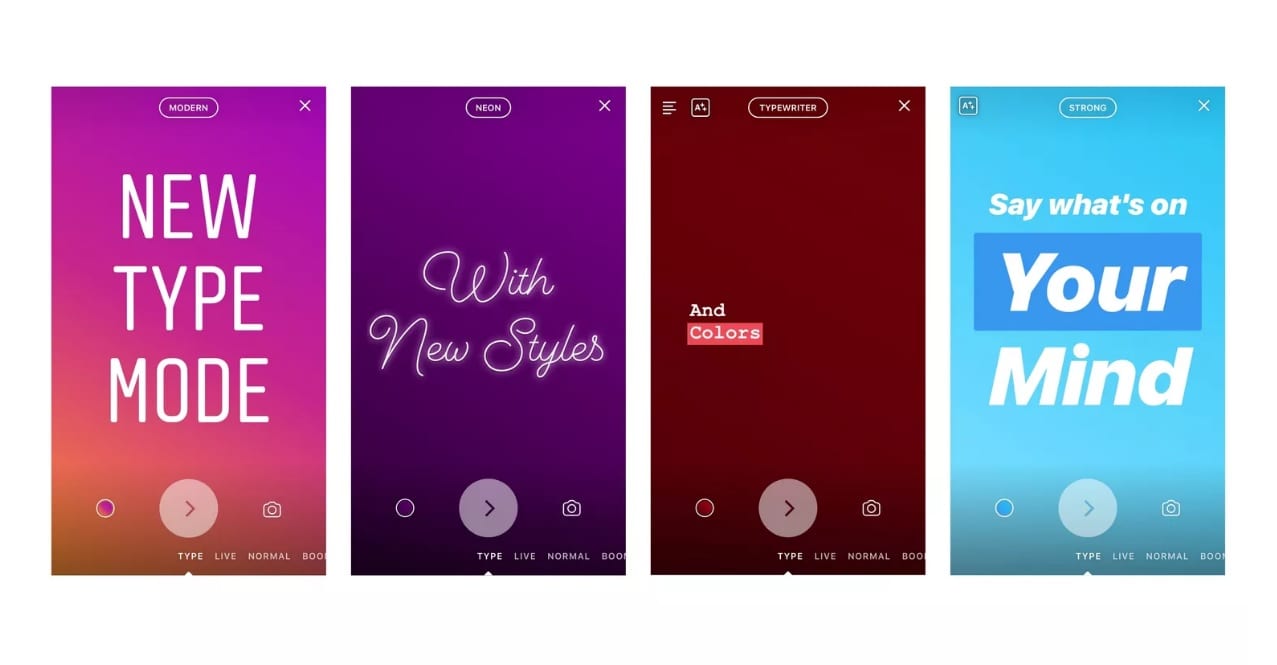