LG fullscreen smartphone patent appears to be 100% fullscreen without any bezels, the front camera sensor would sit in the hole. In the patent design, the hole seems little bigger than the one we have seen earlier, the Samsung S10 concept which uses a tiny pinhole at the top of the display.

However, Samsung Galaxy S10 concept is not confirmed yet. It is also possible that LG has kept the hole size in the patent little bigger to be on the safe side it needs to house more than one sensors in it.

LG is likely to follow the Samsung Galaxy S10 Concept design as it features a smaller hole on the display.

There are no more details about which LG model will come with this design, we might get some rounds of leaks in the coming weeks until then you just have to watch and wait for the next update. 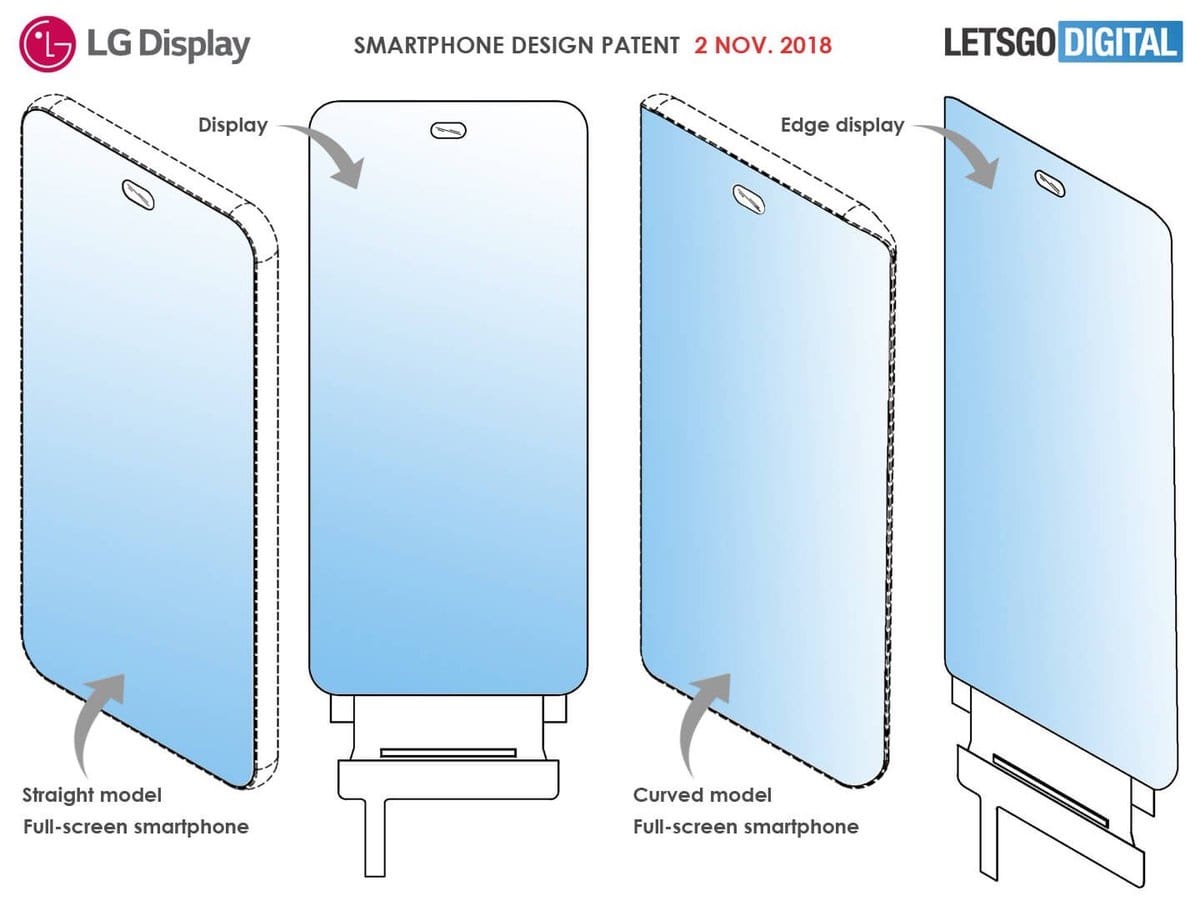