Yesterday, there was a big event in Barcelona where several mobile manufacturers have unveiled their upcoming flagships, Nokia has announced its five new phones during the event. One of the catchiest phones out of five is the Nokia 8 Sirocco, the phone has many selling points which could give a tough competition to its rival brands.

One of the most prominent features Nokia 8 Sirocco carries is the design, the glass and metal combination makes it a real deal, the phone provides a really great touch and visual experience. Besides the design and look, the phone features 5.5-inch 2K pOLED screen curved from the edges.

The handsets display is also covered with 5th-generation 3D Gorilla Glass. According to Nokia, the phone body is made up of a single piece of stainless steel, which provides the best build quality and solidarity and the phone’s thickness is 7.5mm. The phone comes with IP67 rating as well making it a waterproof and dustproof handset. Nokia has removed 3.5mm jack on this handset and the fingerprint scanner sits at the back of the phone.

Now the inside out, Nokia 8 Sirocco has equipped with Snapdragon 835 Chipset, you may think it’s the old one but it is still present in the latest smartphones and laptops because of its performance. The phone is powered by 6GB LPDDR4X RAM and 128GB internal storage, big enough to save videos, images, data and much more.

The battery size wouldn’t disappoint you either, it comes with 3260mAh battery and also supports for QC4.0 Qi wireless charging. The Nokia 8 becomes the first phone of the company HMD global which supports wireless charging, other connectivity options include; 802.11ac (MIMO), Bluetooth 5.0, NFC and GPS/GLONASS. 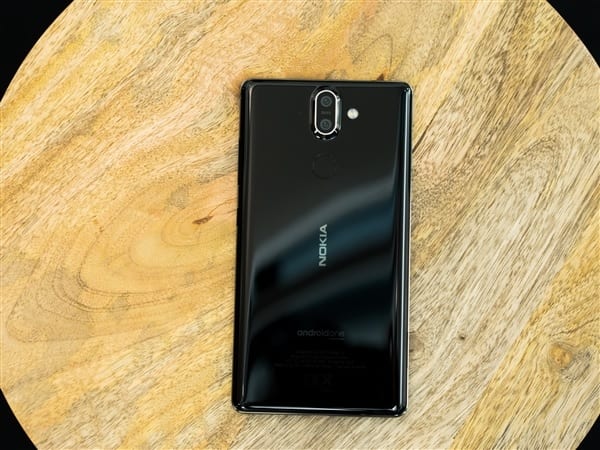 The camera comes in a dual format at the back supporting 12MP Wide-angle sensor with f/1.75 aperture and a 13MP telephoto sensor with f/2.6 aperture. The camera also supports 2X optical zoom having Zeiss Carl optics. The front shooter is 5MP with f/2.0 aperture.

The Nokia 8 Sirocco would be competing with Samsung’s most stressed Camera Phone Galaxy S9, let’s watch how it sells in the market if compared with Galaxy S9 camera.

The phone is said to be available at the beginning of April, you can buy the phone maybe during the second week of April and it comes with the price tag 749 Euros. In Pakistan, the price is around Rs.120,000