Sony was also the unveiling player at the event MWC 2018 in Barcelona, along with its new flagships Sony Xperia XZ2 and Xperia XZ2 Compact, Sony has also launched Sony Ear Duo, a pair of Bluetooth earphones.

When you first look at the image, the earphones look quite chunky, Sony is not focusing more on innovation. The company calls it “Open-ear” stereo headset. The company is advertising on a selling point which attracts viewers to the features it has, it has the “Dual listening capability” this means you can listen to the music as well as the ambient sounds simultaneously.

You might be thinking is that really possible? YES IT IS SONY HAS MADE IT THIS TIME

Besides this feature, the earphones also respond real-time to the head gestures which allow users to accept or decline an incoming call by just nodding their head. The headset’s surface is touch sensitive as well, it allows users to scroll through music tracks and control volume. Not only this, there is a feature named “Daily Assist”, it recognizes the time, location and activities in order to provide relevant information to the user. 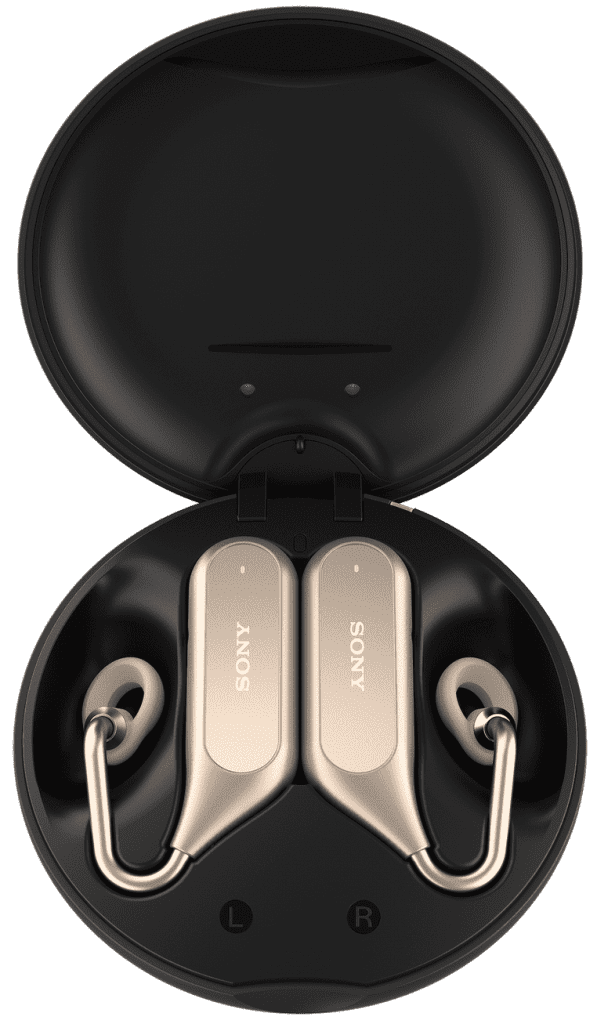 Having rating IPX2 the Ear Duo headset becomes waterproof saving the users from accidentally dropping it into the glass of water. The headset is equipped with Sony CXD5602 chipset, it also supports multiple voice assistants such as Siri and Google Assistant.

The earphone has quad microphone array which allows to set reminders, talk to the assistant and make calls by isolating voice. Sony will start rolling out these earphones by Spring 2018. Ear Duo will come in two color variants black and Gold, you may use it with any device Android or iOS. Sony will sell this gadget for $279.99 in the retail market.

However, Sony sets the price quite high for this device but it has the features that will definitely create value for your money.

1 day ago Web Desk
We use cookies on our website to give you the most relevant experience by remembering your preferences and repeat visits. By clicking “Accept”, you consent to the use of ALL the cookies.
Do not sell my personal information.
Cookie SettingsAccept
Manage consent