Qualcomm’s Snapdragon Chip the new model of SD 600 SoC series has just appeared on Geekbench, the company has earlier announced 700 series of SoC which was aimed at premium midrange smartphones.

The SD710 first in the series is currently waiting to power up the number of phones, it seems now the company has started refreshing the SD 600 series as an unannounced Snapdragon 680 SoC has been spotted on Geekbench ready to spread its wings and take the first flight.

The listing on Geekbench doesn’t reveal many details about Qualcomm Snapdragon 680, but it shows clearly how well it will perform against the previous SD 660 and with other rival chips.

According to the listing the SD 680 with 6GB RAM as showed some good scores on multicore as well as single core tests, a total of 1940 and 5153 points respectively. The Snapdragon 680 would be hexa-core (Six cores) CPU with clocking speed of 2.15 GHz, the new 680 chip falls between the recently debuted SD 710 and Snapdragon 660.

The Snapdragon 680 will be the topic for the coming days, which smartphone it will power the first, what are the detailed specifications are yet to be discovered. 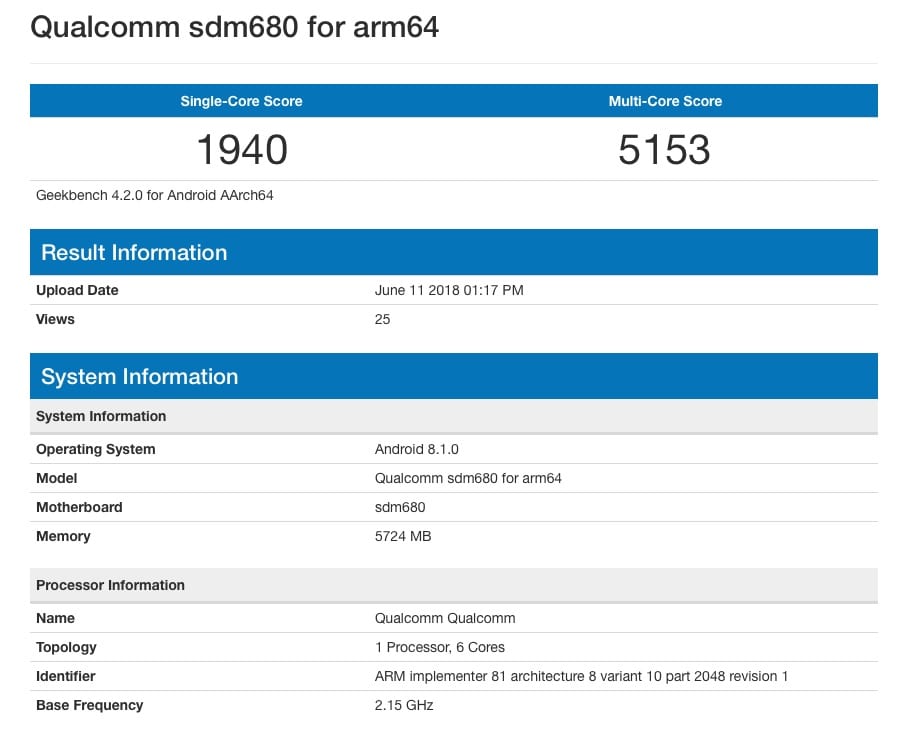 What is Cyber Security | Definition, Importance, And Tips to Know

Security Update for Windows 11 is here

All about the Microsoft August Patch Day for Windows 10