Pakistan has never qualified for a FIFA World Cup but the presence of Pakistan has been created, noticed, and felt at the football tournament 2018.

From the ‘footballs’ for the world cup being made in Pakistan to the young Pakistani kids waving Pakistan’s flag to a Pakistani conducting the toss for the match between Brazil and Costa Rica, Pakistan was represented at the world cup even without a team. 15-year old Ahmed Raza belonging from Sialkot conducted the toss, Sarang Baloch waved Pakistan’s flag at the opening ceremony in Moscow, Russia and Pakistani singer Quartulain Balouch collaborated with the international singer Jason Derulo for the Coca-Cola World Cup Anthem called ‘Colors’.

Now a video has gone viral where it can be seen that some Pakistanis along with a few foreigners are singing the patriotic Vital Signs song ‘Dil Dil Pakistan’ on a bus in Russia. The tourists claimed to be Russians are singing the song with so much passion and love that it is amazing. We can also see Pakistan’s flag in the video held by the tourists and Pakistanis.

Another thing noticeable in the video is that almost everyone is holding their cameras or phones making the video of them singing Pakistan’s song together.

Earlier some Pakistani youngsters shared Pakistan’s flag in Moscow with ‘We made the ball’ written on it. 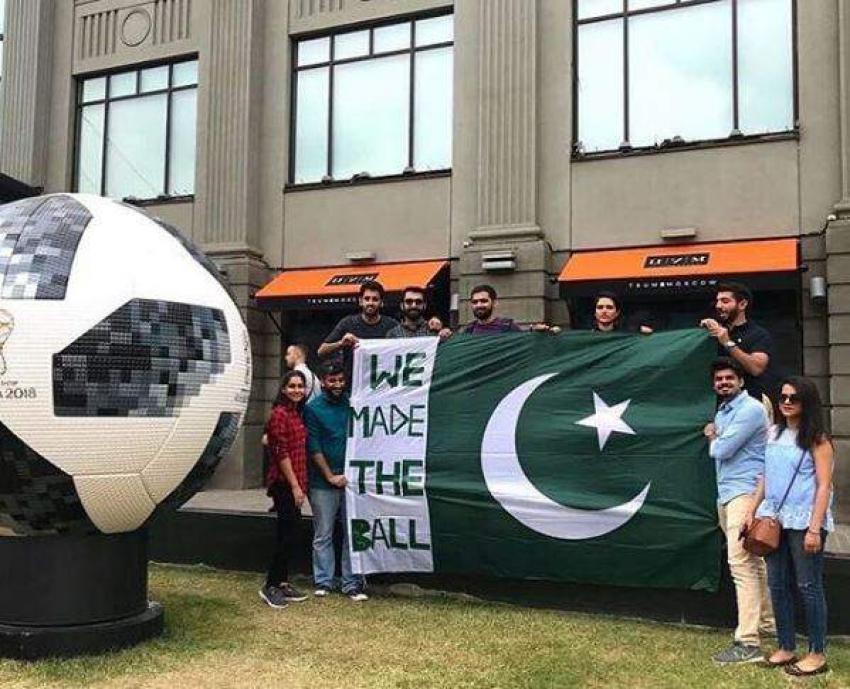 It is overwhelming to witness Pakistan’s presence in the World Cup. Football is loved in Pakistan, probably it is the most popular sports in the country after cricket. Watching these young Pakistanis making the country proud in the biggest football tournament is commendable. Now we can only hope to see Pakistan’s football team in the next FIFA World Cup.