It seems that there is no stopping for Samsung, after its foldable phones, the smartphone manufacturer is considering to launch stretchable phones that could be stretched to become a mini tablet.

As per the latest patent by the Patently Mobile, the smartphone maker Samsung is intending to launch a smartphone that could be stretched out to form a mini tablet for additional space for viewing entertainment content or for a larger spreadsheet.

In the patent, Samsung expressed that their intention covers an electronic device that might include a flexible display number, a housing unit which includes a first and second case member and a fastening member overlapping the display member in a plan view. The smartphone would also have a hinge unit for the device to easily rotate in the plan view, along with some other components.

The figure shows a smartphone with side bezels that could be grasped and then pulled left and right for expanding the display to the size of a mini tablet.

Some other patents show various fastening members and hinge configurations that could be adopted by Samsung for supporting the display back.

As per the explanations of Patently Mobile, the side of the phone remains locked into a position until an icon is pressed which would then unlock the side bezels and would further allow users to expand the display by equally moving the bezels left and right at the same time. 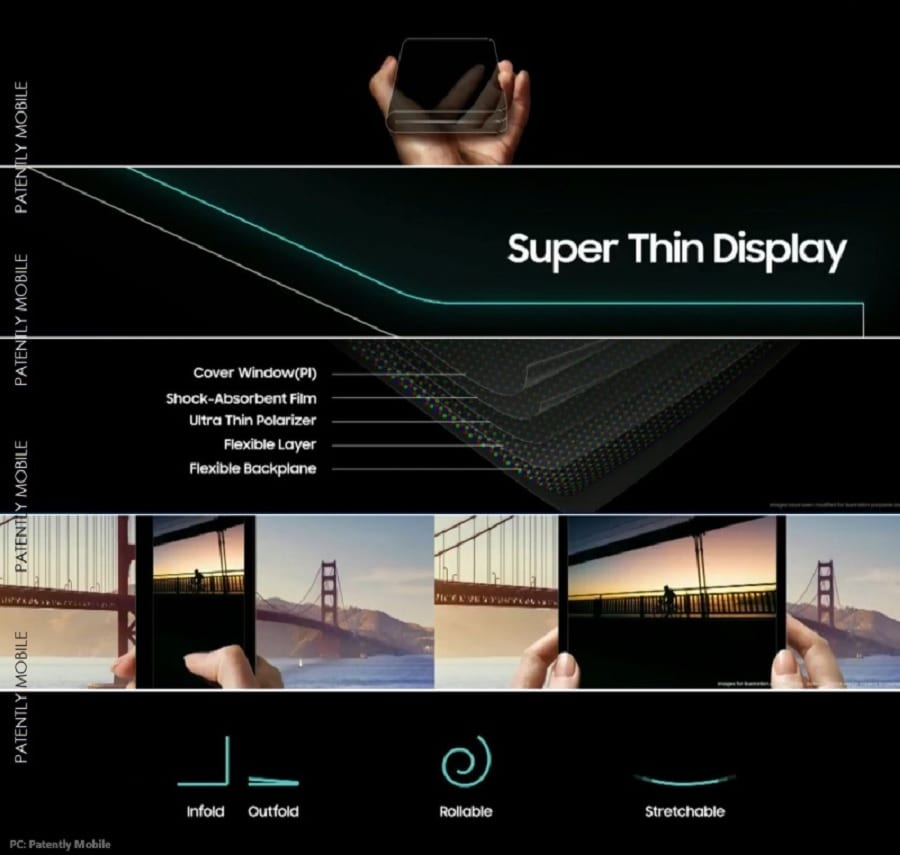 The patent was filed previously this year and so for all the patents, this is not sure and known whether this technology would ever become a reality or not.

16 hours ago Stella Phillip
We use cookies on our website to give you the most relevant experience by remembering your preferences and repeat visits. By clicking “Accept”, you consent to the use of ALL the cookies.
Do not sell my personal information.
Cookie SettingsAccept
Manage consent