Foldable phones are becoming the norm and a rising trend in the smartphones market, Samsung, Huawei, and Apple and now Sony is going to launch foldable phones with their own innovations.

Samsung, Apple, and Huawei already working on their foldable phones and trying to bring in the design people love, however, it is reported that Sony another display giant is working on a type of display that might beat Samsung because of its design.

Sony’s has registered a patent which shows the design of two displays that can be transparent, so basically, you can see through the device in general, according to let’s go digital.

However, this technology seems to require some time before we can get hands on it, but it’s good to know that Sony has started working on it. The patent image shows that the displays can be set to three different modes including Emission state, Non-emission state, and Transparent state. 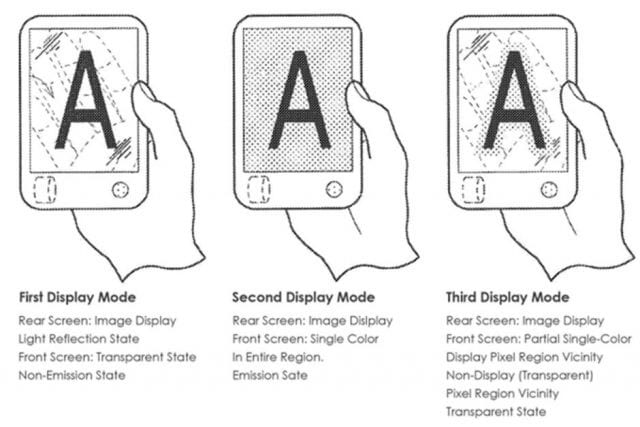 Additionally, Sony has also filed a patent of two foldable devices one can roll and the other one can be folded in half, both the designs apparently support transparent displays.

Until it becomes a visual reality we still have to wait and watch how far Sony can go with these new types of displays, Sony officially has not confirmed or hinted about its upcoming display though.