Skip to content
Home » Crypto » Top 10 Companies: See Who Is Most actively Investing In Bitcoin and Blockchain

According to CBI “Digital Currency Group is a venture capital firm also a holding company and crypto currency ETF operator. took the top position in bitcoin and blockchain investor list. The company has invested in 65+ unique bitcoin and blockchain companies since 2012, including three of the top five most well-funded companies: Circle, Coinbase, and Ripple.

Blockchain Capital took the 2nd spot on the list, with 58 unique investments. The firm’s most recent deal went to Bitpesa, a Kenyan merchant-focused payments platform, in a $2.5M Q1’17 Series A that saw participation from four other investors on this list. 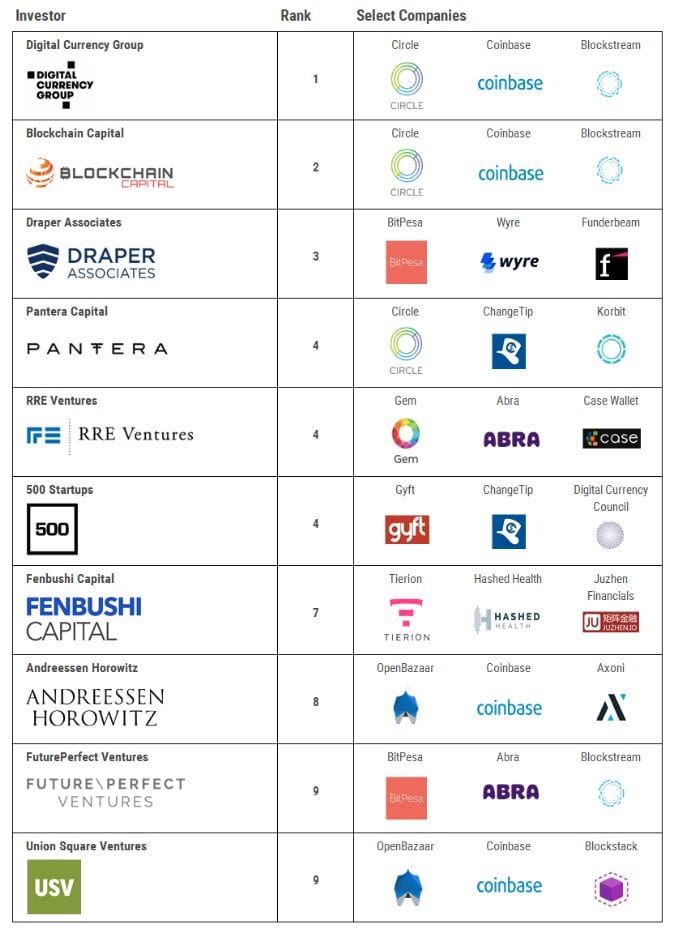 Tied for fourth are Pantera, 500 Startups, and RRE Ventures. All three are investors in financial services blockchain firm Chain, which has raised a total of $43M in three rounds. Pantera and 500 Startups were both investors in ChangeTip (originally ChangeCoin), before the micropayments platform was acquired in April 2016 by Airbnb.

Andreessen Horowitz and Union Square Ventures, two of the other top investors in the space, teamed up to invest in PolyChain Capital, a cryptocurrency-focused hedge fund that invests in initial coin offerings (ICOs) and which made a recent investment in blockchain smart contract developer Tezos.

1 thought on “Top 10 Companies: See Who Is Most actively Investing In Bitcoin and Blockchain”

2 days ago Nicole Craig
We use cookies on our website to give you the most relevant experience by remembering your preferences and repeat visits. By clicking “Accept”, you consent to the use of ALL the cookies.
Do not sell my personal information.
Cookie SettingsAccept
Manage consent