Aston Martin builds a new project dubbed “Neptune” a commercial submarine project with luxurious design. The company along with Triton Submarines has completed the design phase of the project; the first production model will be unveiled by late 2018. Both companies worked collaboratively in order to produce detailed design, hydrodynamics, body style and luxurious interior.

Aston Martin has also announced the technical specifications of Project Neptune, the submarine will be able to dive underwater with the depth of 500 meters, the vehicle would carry two passengers and a pilot. The submarine would be able to produce a speed of 5 knots and approx. four times the acceleration of Triton’s flagship 3300/3 model. 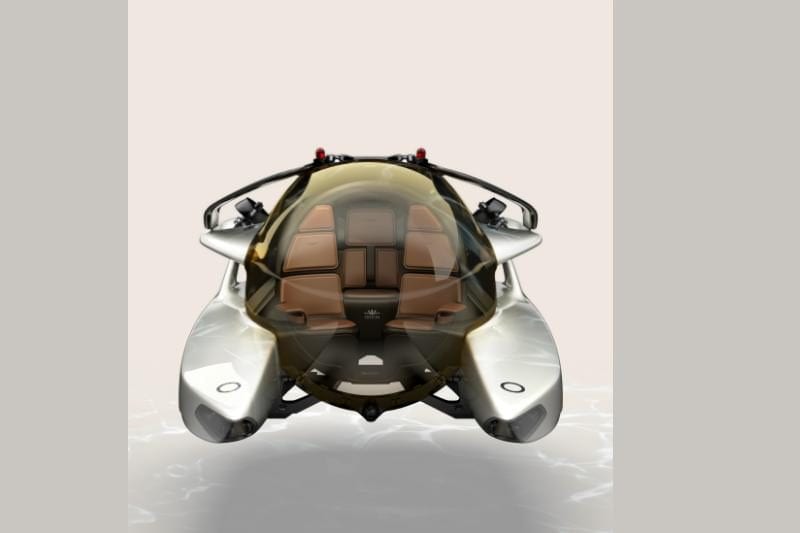 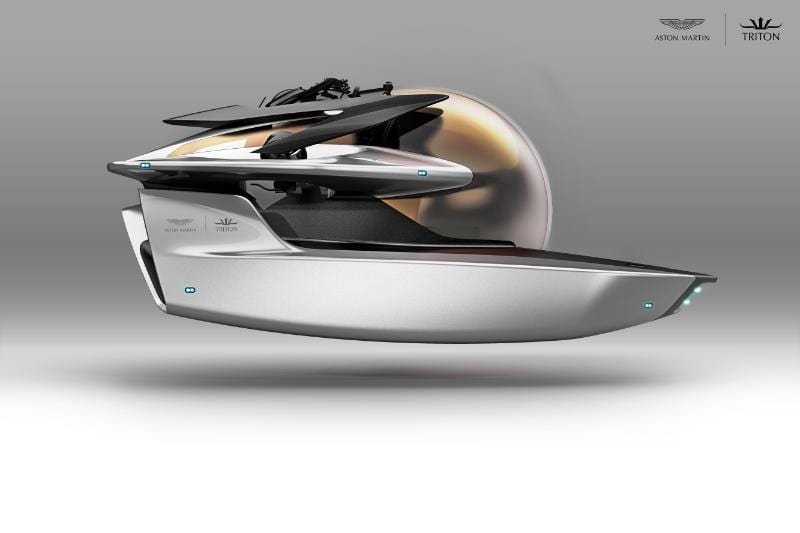 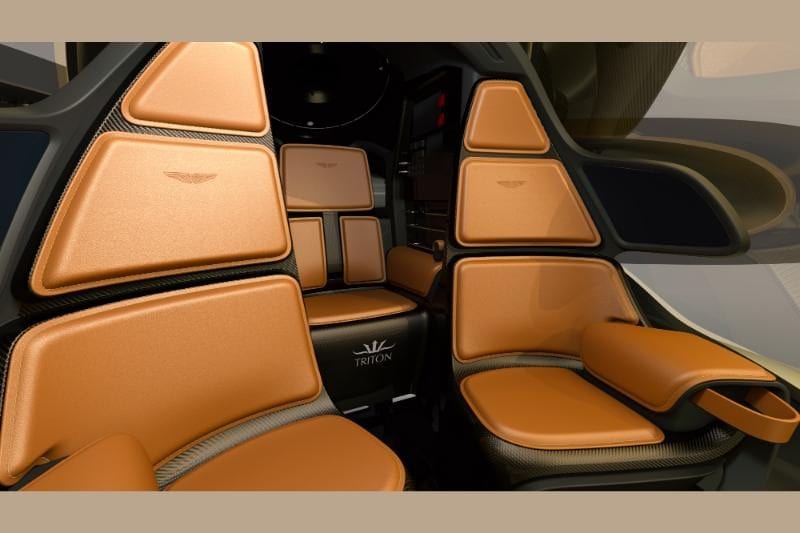 Marek Reichman, Aston Martin EVP, and Chief Creative Officer commented: “The exterior design of Project Neptune owes a lot to the pursuit of performance. As with the Aston Martin Valkyrie, the hyper-car we are developing with Red Bull Advanced Technologies, we have afforded as much attention to the hydrodynamics of the underside as we have the visible surfaces. Some of that detail may never be seen, but its effect will certainly be felt. “Project Neptune’s interior was a great challenge. Unlike a sports car where the interiors are installed into an open-sided cabin before the doors are fitted, everything you see inside will be lowered through the upper-hatch and assembled within the completed sphere of the pressure hull. We have been able to present a congruous aesthetic that defies its multi-part complex installation.”

Chief Technical Officer (CTO) at Triton Submarines, John Ramsay said, “The work we have done together on the external body of the submarine is the most mesmerizing to me, I am proud of our joint effort, the prototypes look incredible, being simultaneously functional and beautiful.”

Aston Martin and Triton Submarines will be looking forward and welcoming the potential buyers at the LYBRA Superyacht Show in Barcelona, Spain. Once is sold commercially you might be able to enjoy underwater tourism. Similarly, Amazon’s Blue Origin hopes to start space tourism in 2019.