Facebook is testing a new feature, which will expire all unaccepted friend requests in 14 days’ time.

So those to whom you sent Facebook requests or received them will soon expire. Unless they themselves already accepted or deleted the request. Unless they didn’t now Facebook will do it for you. In 14-days time the request will ‘self-destruct’. 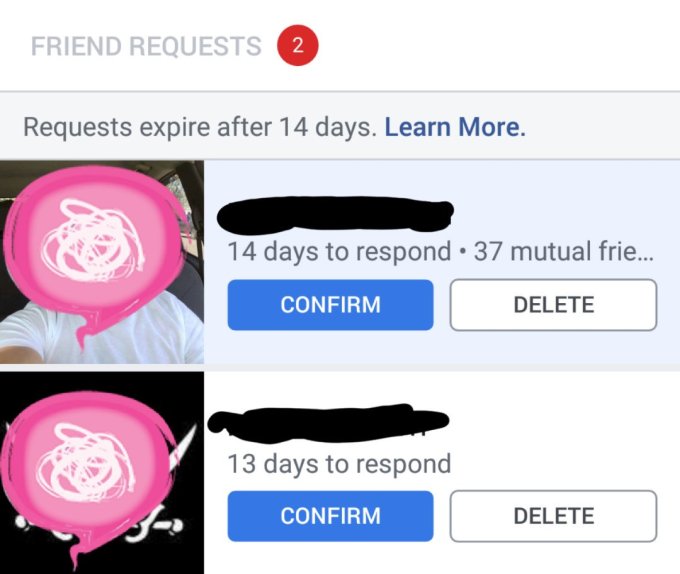 The feature has not rolled out yet, it is in the experimental phase and we will see it soon.

So the number of Facebook Requests will now be limited. It will benefit the known figures on Facebook, as currently Facebook only offers 5000 friends and limited friend requests. Current friends and pending requests sum cannot be more than 5000. So now if Facebook will self-destruct pending requests, more people can sent request, after the old ones expire. 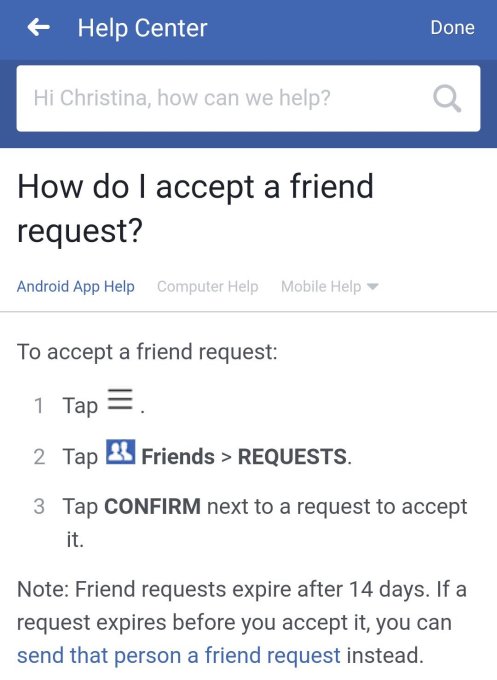 A Facebook spokesperson has confirmed this news saying, “I can confirm that this is a test to help surface the most recent requests.” Facebook wants to help people manage their requests and delete those that they feel reluctant to do it themselves. Right now this features is available for just some specific users, it will soon launch for everyone.

Those users that are in the test group will see “14 days to respond” to a friend request countdown.

This new feature has come right after the controversial scandal Facebook is facing these days. The UK consulting firm Cambridge Analytica was hired by the US President Donald Trump during 2016 elections and data of 50 million Facebook users was misused to influence the results of the elections. After this major blow, Facebook needed to come up with features that do not make users feel that there is no security on the social media app. It needs to make people believe through its new features and steps that the user’s privacy and security are of utmost importance to the App makers, handlers, and management.