Google’s envisioned objective is underway, its goal is to discriminate the information to everyone on the globe, in order to achieve this vision Google has to hire a lot of developers to develop its products in widest possible locations around the world and in the United States. Google now expands its offices and data centers across the United States, the first Google office was opened back in 2000 just outside California.

Google will open new and expand existing data centers in five key locations including Tennessee, Virginia, Alabama, Oregon and Oklahoma and obviously, there would be a lot of local job opportunities in these states.

Google cloud services are not in the cloud or thin air as it sounds, it takes a lot of budget, labor, buildings, machinery, hardware, and people to construct and manage those services. The company has generated thousands of constructions jobs, energy jobs to produce renewable energy, IT jobs and management jobs for expansion.

Unilever threatens to stop advertising on Google and Facebook

Besides those five data centers, Google is investing in new and expanded offices in 9 other states including; Michigan, Colorado, California, Massachusetts, Illinois, Texas, Pennsylvania, Washington and New York. Google is also focused on bringing diversity to these places by hiring people from various backgrounds and locations into those data centers and offices. People would get a wide variety of jobs available in Google including sales, Operations, Engineering and more. 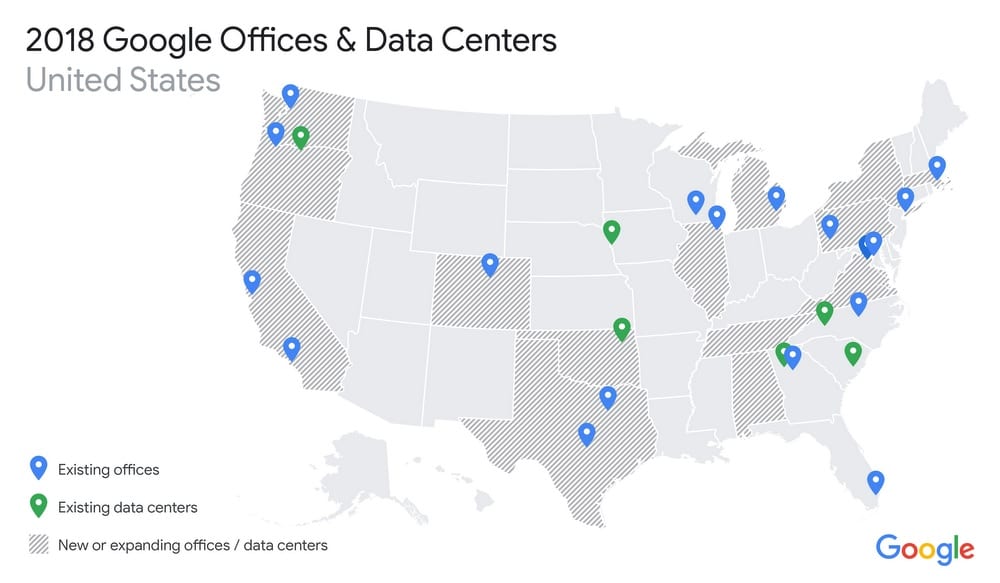 Apart from the expansion and job opportunities that Google is offering, Google has announced other initiatives in the country, Grow With Google initiative creates more opportunities for people across the country. Also, Google’s initiative for local scholarships for IT Support Professional Certificate also providing opportunities to the local population.