Travelling on a bicycle or motorcycle is easier especially when there is a lot of traffic than traveling via a car. Google Maps has also realized this finally and on this notion, has designed the service to specifically facilitate the two-wheelers. Google Maps now show routes particularly personalized for the motorcycle or bicycle riders when they search for locations around them.

The new feature seems to be launched in India first. It could be accessed by searching for a destination, followed by tapping the motorcycle icon present in the row of transport mode varieties. 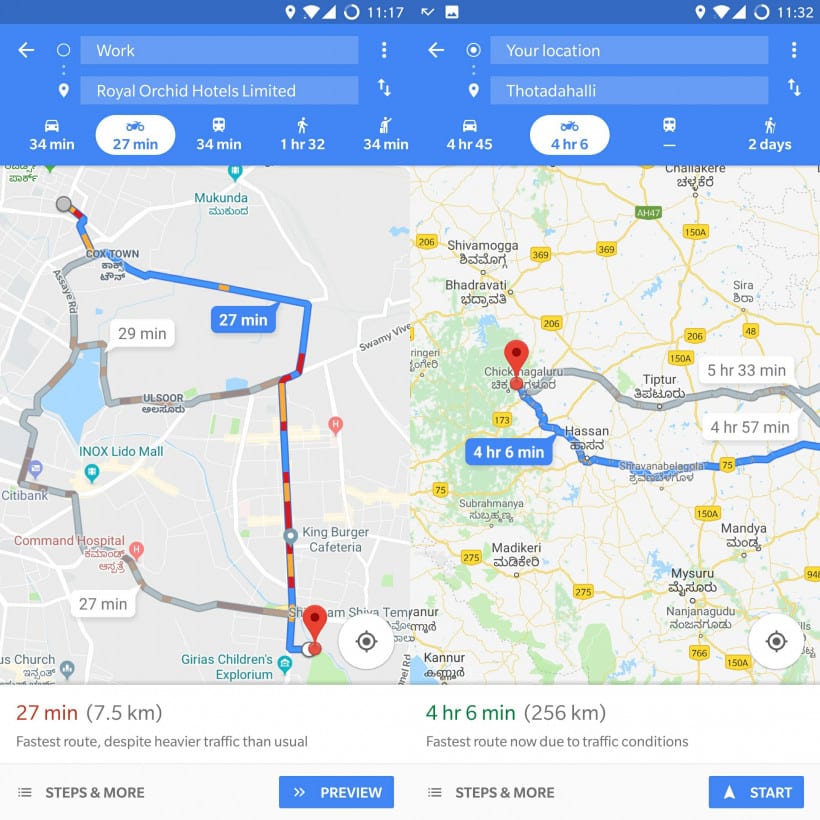 The provided routes are quicker if not shorter, as they incorporate the use of shortcuts which could be easily accessed by the bike and cycle riders, or the service provides directions that are faster to navigate on a two-wheeler instead of a big automobile.

Trips within the city around the time frame of 11 AM were smaller by several minutes, while the journey taken outside to travel outside the town took noticeably less time. For example, Google Maps calculated an estimated 256KM trip would take roughly around forty minutes less time on a two-wheeler as compared to if taken via a big vehicle.

The latest version of the app—Google Maps on Android—v.9.6.7.1 to be accurate, is needed for trying the two-wheeler mode.

The feature would hopefully roll out in all other countries that face traffic jam issues and have a high database of people using motorbikes for transportation.

Google is scheduled to announce few updates to the “Google for India” version today, so after that, it could be said with clarity that whether the two-wheeler mode is only for India or the feature has the probability to roll out in other nations too.

Read More: Pakistan to Surpass India in The Launch of 5G Internet Technology-PTA

Meta hit with a $265 million fine over facebook data leak.

How to Protect Your Hearing and Avoid Hearing Loss

Instafest Spotify app: What You Need To Know Before Festival Lineup