Yesterday, Instagram launched two new features which would change its famous Stories for the better.

One of the introduced features is the Story Archive. As the name indicates, the archive would allow the users to save their stories for later viewing even after the twenty-four hours expiry time. This was among many of the beta features noticed by Matt Navara.

The archive would only be viewable by the user, and the user could also turn off the feature if he/she wants that the Story better disappears following the usual pattern. For accessing the archive, the clock icon at the top-right corner of the app needs to be clicked. 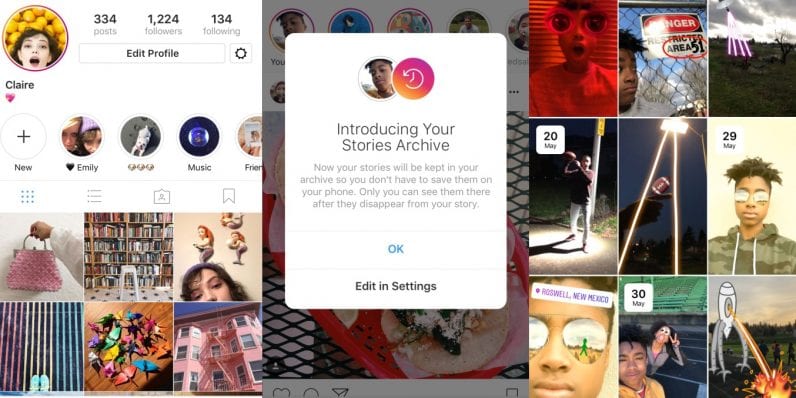 The other significant update was Story Highlight, which allows the user to show their favorite archived stories on their profile. The highlights could be saved for individual story reels which would appear as circles on the user’s profile. 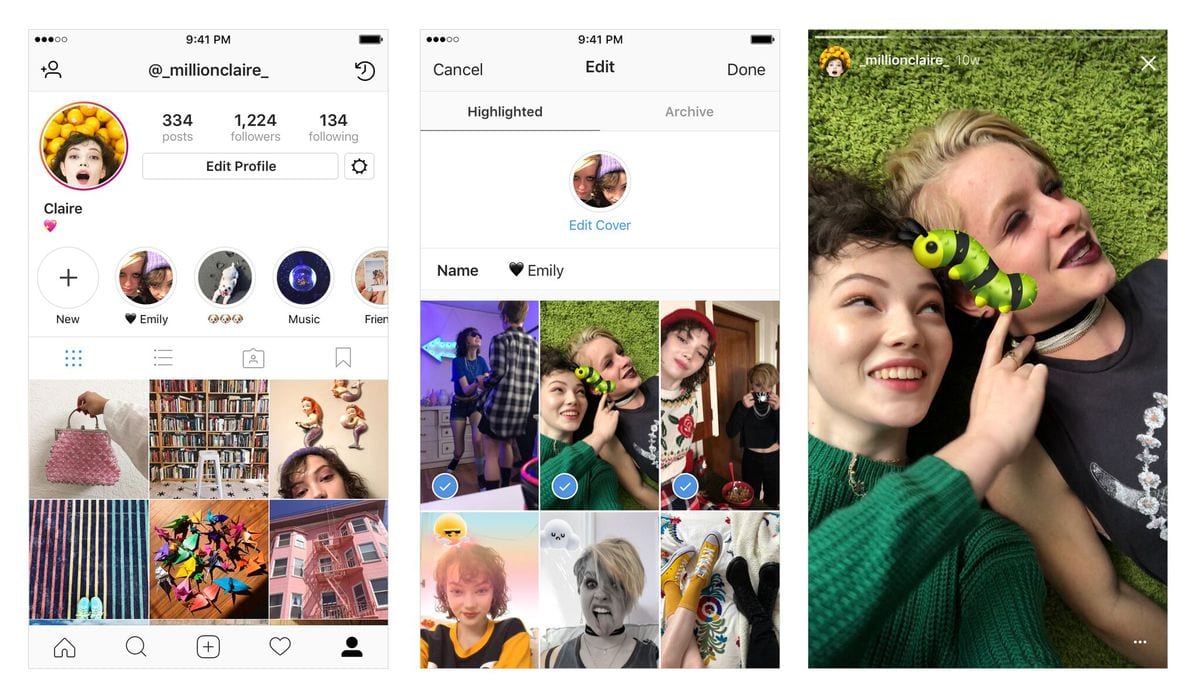 Like, if the user feels like sharing a series of stories from some recent event, the user then would be saving the stories under some suitable caption (relating to the content of the stories) like, “Family Wedding”, “Field Trip Day” or something. Then, when anybody feels like visiting the user’s profile, they would see all the series as one Story under the tag name provided by the user.

Both newly added updates have given a new charm to the story content. The introduced features not only add value to the uploaded stories but also adds a way to trim one’s Instagram profile.

The most dramatic feature is Highlights, which could brighten profiles with the classically more candid photos and videos that mostly appear in the stories.
Brands would fall more in love with Highlights as compare to regular users as the feature offers an easy way to bundle together related stuff and keep it surfaced at some prominent place in the app.

Robby Stein—Instagram-Product Lead said that in many ways people learn about each other via Instagram and their profiles, it is a significant platform and is also the one that has not changed much with time.

Both updates rolled out yesterday for the iOS and Android apps.