A mystery device by Google has just appeared online on Geekbench with no prior details, the device is running on Android 7.1 Nougat and 4GB RAM and it is powered by Intel Core M3-8100Y processor.

Google has not yet fully launched its Pixel 3 and Pixel 3XL, the device is still awaited in some markets yet a mysterious device by Google appeared today on Geekbench with the codename “Google Rammus”.

There is nothing much known about this device yet but the speculations, the Geekbench listing confirms that Google Rammus will run on Android OS whereas Google Slate should run on the Google Chrome operating system.

There are no more details about the phone/tablet about the display, camera, storage, size, but now it’s open to researchers so we can expect more details in the coming weeks. 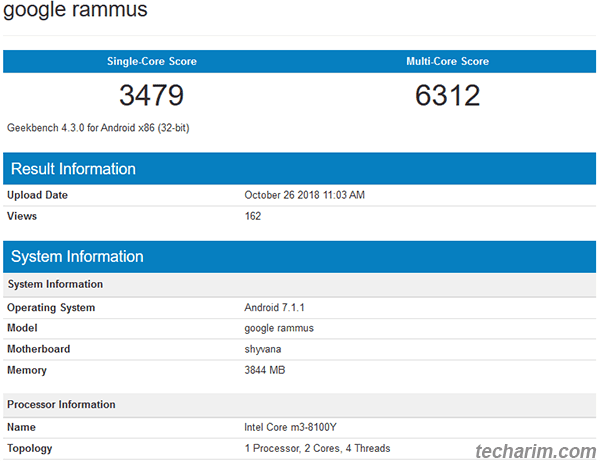 The Most Common Reasons for Data Loss