That is why Google in tech companies arena has become a monster, Google made only 2 M&A deals in 2001 and nothing in the following year. After that Google just keep making M&A deals to acquire more and more companies.

Since 2010 Google is making double figure deals every year, Google had the most M&A deals in 2014, a total of 35 deals made the company push into other business areas including self-driving cars.

The data graph acquired from a research company suggests that Google has made more deals than the collective total of Amazon, Apple and Facebook which is 207.

Google focuses on acquiring startups at early stages and keep boosting their knowledge base, expertise and technology which keeps it ahead of the competition in the technology domain. 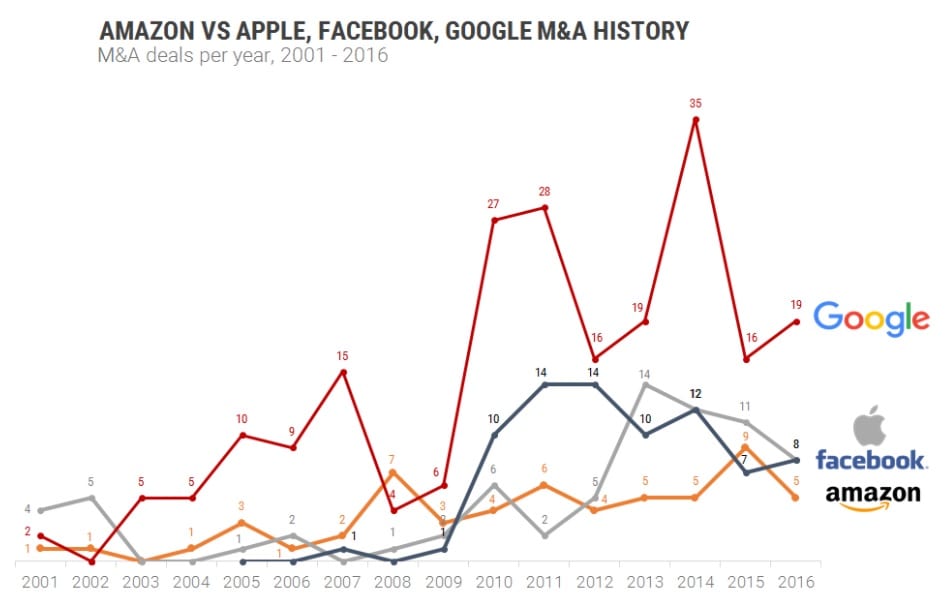 Apple Music Price Increased In US, Canada, And The UK

2 days ago Lucia Coleman
We use cookies on our website to give you the most relevant experience by remembering your preferences and repeat visits. By clicking “Accept”, you consent to the use of ALL the cookies.
Do not sell my personal information.
Cookie SettingsAccept
Manage consent