HBO’s social media accounts are compromised now after the recent leak of the most famous TV show Game of Thrones Episode 6.

HBO’s social media is flooded with the name “OurMine” the group behind this security breach, the group takes control of HBO official accounts including Facebook and Twitter as well as accounts that are specifically named after TV shows such as “Game of Thrones” @GameOfThrones.

The hackers have posted several messages on Facebook and Twitter saying that “We are OurMine, just testing your security”

According to BBC, HBO did not immediately commented on the recent cyber-attack when approached by the reporters. BBC claims that the group “OurMine” was responsible for hacking high profile twitter accounts in the past, last year Netflix was compromised, not only this, the group hacked Facebook CEO Mark Zuckerberg’s account, Wikipedia co-founder Jimmy Wales and Sundar Pichai Google CEO all became the victim of this group.

HBO has been a prime target for hackers before the launch of their most famous TV show Game Of Thrones, earlier it was revealed that hackers stole the script of GOT from HBO. Later in the series Episode 4 was leaked on the internet and HBO said it happened through it media partner Start India, reportedly 4 employees were also arrested for probe following the breach.

Episode 6 was also leaked a couple of days ago, and now social media is under attack. 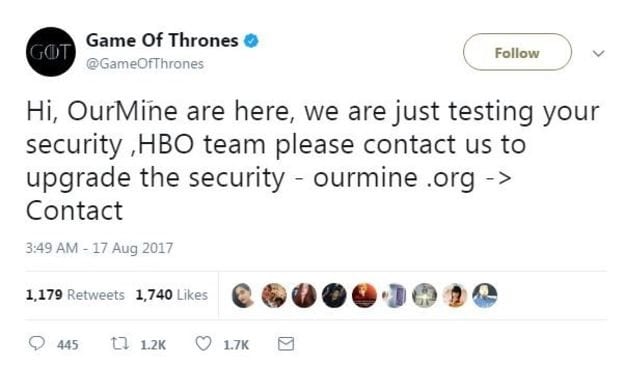 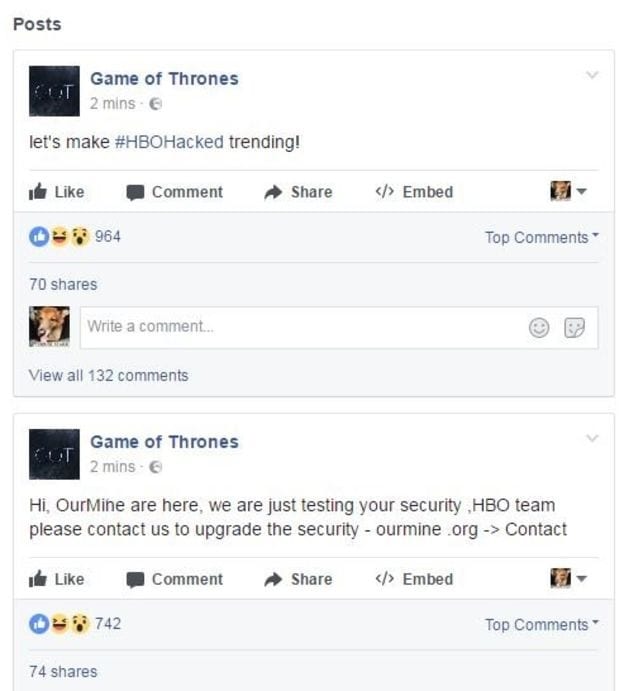