Huawei Mate 20 with Kirin 980 scores whopping 350,000 plus point on AnTUT benchmark. The successor of Huawei Mate 10 is said to be even powerful device than its predecessor which was launched in October 2017.

The Huawei Mate 20 is expected to be unveiled somewhere around this year, but as it already appeared on AnTuTu benchmark, we can expect it coming even earlier that it might be considered earlier.

While the phone is listed, the Mate 20 has left all the major flagships behind when it comes to scoring, the phone zoomed ahead of the Mate 10, Mate 10 Pro, OnePlus 5, OnePlus 5T, Nubia z17, Xiaomi Mi Mix2, Galaxy Note and others.

Besides scoring, the listing has not disclosed anything else, The Kirin 980 is, however, a speculated configuration including 7nm manufacturing process, previously we have also measured the performance of Huawei Kirin chipsets, the chips are much better when it comes to CPU scores. Since there is nothing that can be said for sure, but Mate 20 is expected to display the fingerprint at the pack, as Mate RS Porsche design has it.

Huawei officially has not revealed anything about Mate 20 so we are just breathing speculations. When it comes closer to the unveiling event by then we would have got all the expected features on our mind already. 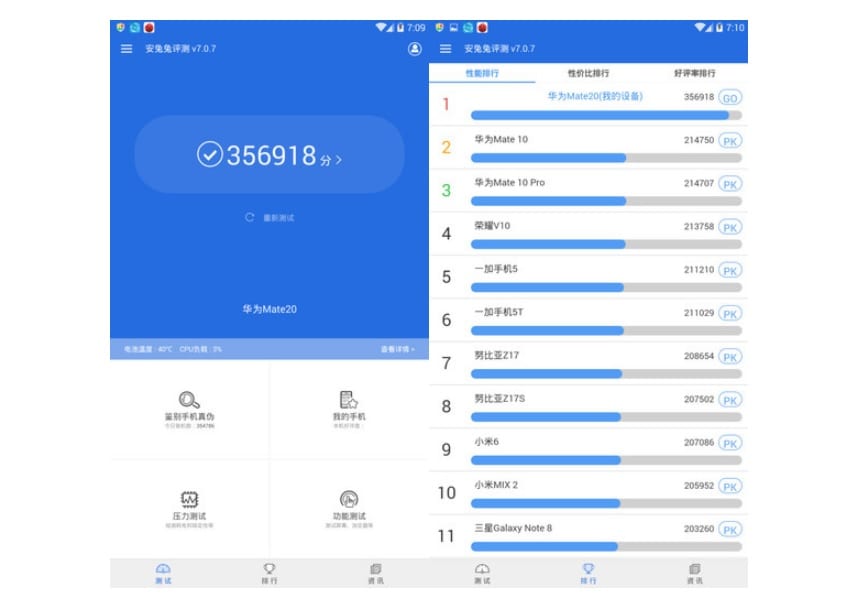 Non-Snapdragon devices are at risk of GPU exploits

iQOO 11 will launch in China on December 2

Meta hit with a $265 million fine over facebook data leak.

How to Protect Your Hearing and Avoid Hearing Loss

Instafest Spotify app: What You Need To Know Before Festival Lineup