Lahore Electric Supply Company (LESCO) has decided to provide the meter readings to the consumers via text messages on their respective mobile phones. This act is to be done on a regular basis through the SMS service. The field staff has been directed to collect the mobile numbers of the users for fulfilling the decided purpose. 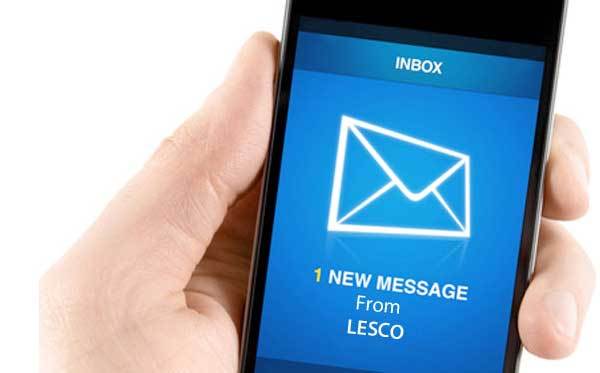 Syed Wajid Ali Kazmi—CEO-LESCO said that the field staff is to start collecting the numbers from the first lot of consumers. He also said that the meter images should match with the original devices and anybody found involved in any kind of overbilling would be strictly dealt with. Kazmi said this while presiding a meeting on Wednesday in which people of various circles and divisions participated.

The Ministry of Energy (Power division) is working on launching a software that could automatically detect any wrong bill, followed by its rejection and the generation of a new corrected bill proving a new due date for the payment. The ministry of energy is pondering on the making of this software because of the ever-increasing complains of overbilling.

The project’s goal is to lessen the chances of providing consumers with wrong billing details. And in case even after the launch of this system there comes a case of overbilling it would then be referred to the relevant sector for starting some legal action.

The National Assembly’s standing committee on energy has also approved the proposition of a new clause in the Nepra Act that gives the power to the ministry for giving a three-year imprisonment or some charge or both to the guilty employee. The case against the guilty staffer could be registered to the specific law-enforcement agency.

CEO-LESCO concluded by saying that before dispatching the bills to consumers the revenue officers must make sure that the bills being dispatched better contain the actual reading and the respective picture of the original meter. In case there is any discrepancy then the employee should be ready to face the consequences.