Lenovo has crossed the barrier of 95% screen-to-body ratio in its upcoming smartphone. The phone appears to be a true bezel-less phone. Lenovo’s Vice President Chang Cheng, in a recent update on his Weibo account, has highlighted the aspect of the company’s new arrival. He has uploaded a teaser image which clearly indicates the design and especially the screen size of the phone.

However, Chang’s post didn’t unveil many details about the phone being teased. The image he uploaded appeared to be entirely bezel-less phone, the phone doesn’t even carry an iPhone-X like notch on the top creating questions in the minds where the front selfie shooter will sit?

The image indicated that Lenovo will ditch the notch completely in the new device, the front-facing camera might have a flip just like Vivo APEX. The company might follow the Xiaomi Mi Mix design where the camera sits at the bottom bezels but the latter is not possible if it’s a truly bezel-less phone as teased in the image.

Lenovo is likely to launch this new smartphone by June 14, apart from this nothing much is known about the devices as yet. Stay tuned for more updates in the coming weeks!!! 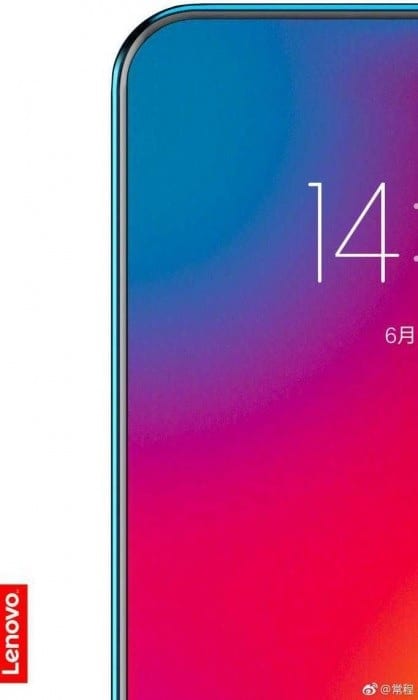