It was quite interesting to see popular brands like Samsung, Huawei, Oppo are left out in this performance benchmark. 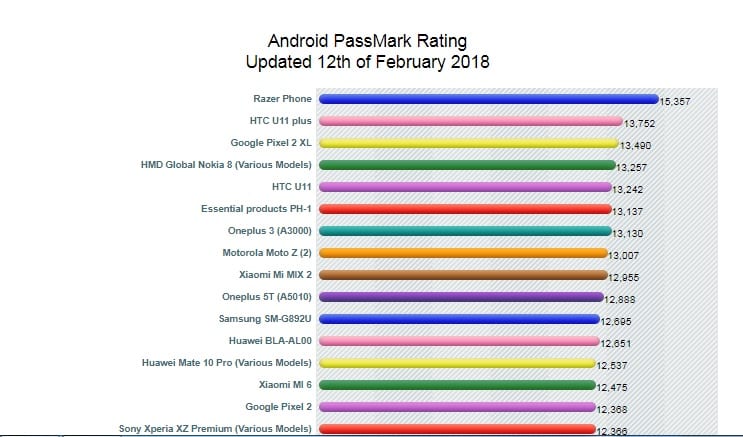 However, individual tests such as chip tests, memory tests, GPU tests are different from the overall PassMark, if we consider only CPU tests then Samsung Galaxy S8 and S8 Plus lead the market followed by Huawei’s P-series, Honor series, and Mate Series.

In CPU Mark rating where only Central Processing Unit, SoC is examined mainly the chipset e.g. Snapdragon or Kirin. The conducted tests on CPU indicates that Samsung SM-G9500 comes at the first place which has 1.9GHz Octa-core Samsung Exynos 8895 Processor. Huawei P10 plus secure the second place which is featured with HiSilicon Kirin 960 processor, according to digital trends the chip performs little better than Snapdragon 820. 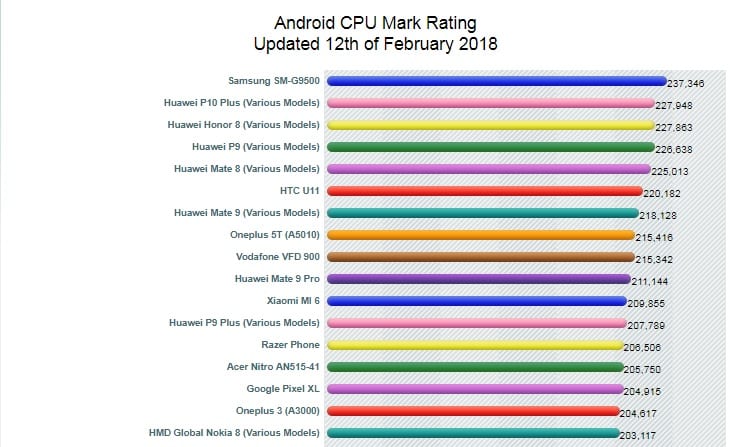 Huawei Honor 8 also has HiSilicon Kirin 950 chip which comes in third place, according to the results, it seems Huawei chips are much better in performance the HiSilicon Kirin Chip is leading the speed tests. However, the overall winner Razer phone comes at the 13th place if and only the CPU tests are concerned which carries Snapdragon 835 chip inside it.

The comparison also indicates that Huawei’s Kirin chips are better performing than older versions of Snapdragon including 820 and 835.