WhatsApp has made several alterations in its platform for the betterment of the application and its experience. All the recent changes in WhatsApp are in an attempt for keeping the users hooked up to the application.

Some recent changes are in line to the recent mob lynching’s in India that has urged the Indian government to threaten WhatsApp to take strict action against the spread of fake news or else the app would be banned in India.

Some of the app updates are present in beta, a few have been launched out for all the WhatsApp users. The five recent changes that are made by the leading messaging application which has got more than one billion active users on a daily basis are as follows:

For controlling the spread of fake or false news getting viral WhatsApp has introduced the feature to label the forwarded messages and has also added a limit to the number of times a message could be forwarded. 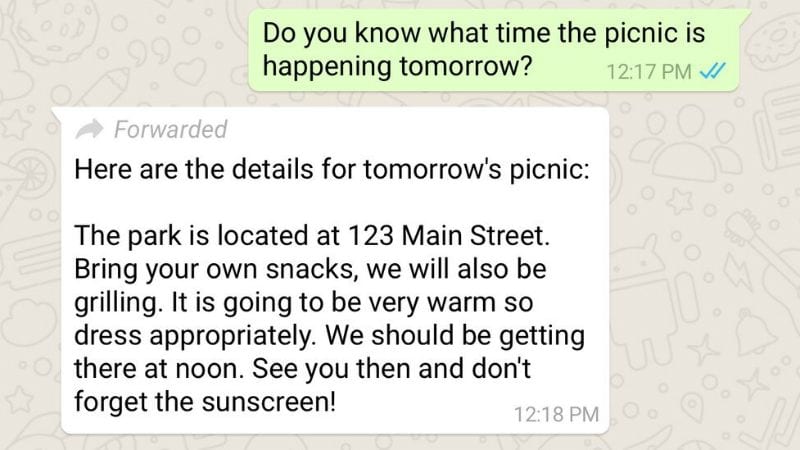 The beta version 2.18.246 of WhatsApp has a feature not only allows to report the message sender but also block and save the chat history of individuals.

The feature is present for both individual and group conversation and when the report button is tapped, a new alert appears which permits the user to report a particular number to WhatsApp and so the contact is instantly blocked, and all the messages get deleted instantly.

Presently the feature is present for Android beta tester and is expected that it would roll out soon for the public.

The feature has been launched out for all the WhatsApp users and could be used for making a group video call to as many as four contacts simultaneously. Users could make use of the feature by simply making a normal video call and then adding a participant via a button present at the top right corner, more contacts could be added to the video call.

The video calls just like the messages on WhatsApp are also end-to-end encrypted.

As per a report of WABetaInfo, WhatsApp is working on a new feature that would permit users to share GIFs and stickers via WhatsApp’s web client.

WhatsApp web users could only view sent and received GIFs however they cannot use the web client for sending the GIFs and stickers.

The 2.18.234 version of WhatsApp was submitted to Google beta program recently and it provides one the feature to watch YouTube and Instagram videos in small windows in WhatsApp via the Picture in Picture (PiP) mode.

Users could at the same time browse their chats and watch videos. They just need to play the symbol in the thumbnail of the sent video and could just view the video right there without the need of visiting Instagram or YouTube.

7 Tips: How to Motivate Employees and Lead a Team Effectively

Understand the Generics and Specifics of vSAN

Teams Problem: Microsoft is working to fix the problem