Samsung is now joining the triple camera race to along with others like Huawei and Oppo, Samsung Galaxy A7 2018 is among one of the Samsung’s devices which is scheduled to be launched this year, it has been Samsung’s legacy to upgrade its previous versions with specifications top up.

Secondly, the camera in the middle is the main camera with a larger aperture as compared to the other two secondary cameras which could be depth sensor cameras as we see in Huawei’s triple camera module. The image also hints the dual front camera. 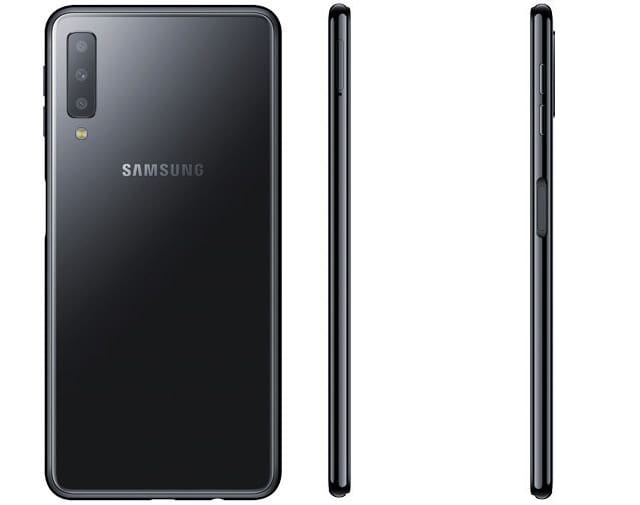 Samsung Galaxy A7 2017 model was an entry level mid-ranger which is now being upgraded, according to the previous leaks the following specifications are expected on this device.

5.7-inch Super AMOLED display, 16M colors with Corning Gorilla Glass 4 protection. Under the hood, you will have Samsung’s Exynos 7880 chip with ARM Mali-G71 GPU. The phone will have 32GB internal storage and 4GB RAM, the battery capacity is 3600mAh.

If the above images are 100% correct then you have a very good upgraded midrange smartphone by Samsung which you could not have expect from the company earlier because of the price tags, the company said last month that it will launch upgraded A series to target the budget market.

So you can also expect a very good attractive price for this handset, also it is expected to hit the Asian budget market first. The image also indicates the launch date of the device which is expected to be September 28 on Friday.