Since Galaxy S9 and Galaxy S9 plus have been launched by the South Korean giant, now its time to weigh its upcoming device the Samsung Galaxy Note 9, the device has started leaking every day and you learn something new in every leak.

The phone also sports 6GB of RAM just like its predecessor. On the Geek bench, the device has Android Oreo 8.1 on board. This is the real update from its predecessor, Galaxy S9, and S9plus both came out of the box along with Android 8.0.

The results of Geek bench shows 2190 single-core and 8806 multi-core and Snapdragon 845 as shown in the image. 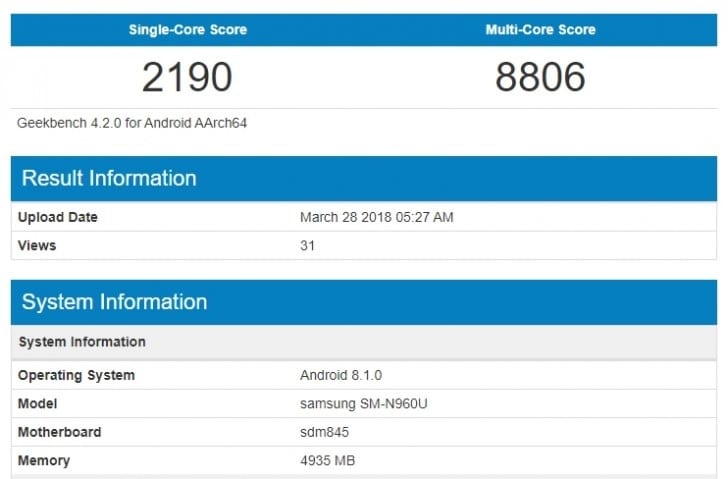 13 hours ago Mark Goodman
We use cookies on our website to give you the most relevant experience by remembering your preferences and repeat visits. By clicking “Accept”, you consent to the use of ALL the cookies.
Do not sell my personal information.
Cookie SettingsAccept
Manage consent