Snapchat is a popular app similar to WhatsApp and other social messaging apps. Evan Spiegel, co-founder SnapChat, and a 26-year-old billionaire previously gave bad comments about Spain and India; “I [Evan Spiegel] don’t want to expand into poor countries like India and Spain.” This unfriendly statement made Indians Uninstall Snapchat by shouting #UninstallSnapchat.

The statement by CEO is being condemned everywhere, this is not something that you can expect from a tech CEO, it is really unprofessional, unethical, humiliating and bizarre.

But now, tit for tat going on… Indian people are leaving bad comments in the reviews of Snapchat, Snapchat rating is dropped significantly due to this approach. 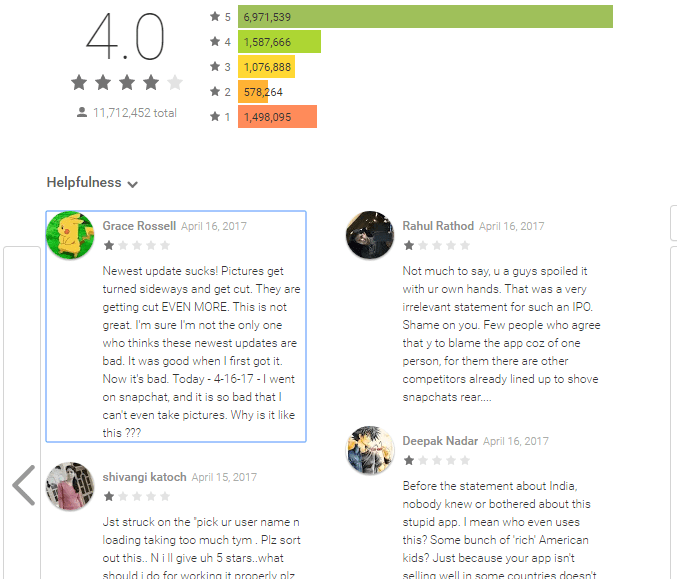 Boycotting a product is fairly acceptable, but doing these kinds of childish acts would not harm Snapchat, as everyone knows this debacle is in the news now and comments/reviews left after this issue would not be genuine, full of prejudice. If Indians really have to boycott the product they should simply uninstall the app and let it go. Secondly, they could condemn the app in the news and block its access in the country.

Tesla Cybertruck Will Not Enter Into Mass Production By 2024