First time in the history voice calls number has dropped in the UK, despite being more time to mobile devices, According to a report published by Ofcom, the total number of UK voice calls has been dropped significantly.

In the UK, 78% of adults own a smartphone; people get engaged with their smartphone every 12 minutes on average during their waking hours. After waking up, 2 out of 5 adults check their phones within the five minutes.

71% of UK adults say they never turn-off their mobile phones while 78% said they cannot live without it.

75% of the people said they consider voice calling an important feature of their mobile phones while 92% said web browsing is critical.

However, the report claims that the total number of voice calls dropped by 1.7% in 2017, even mobile contracts with carriers made them cheaper than ever, free minutes are residing in many users mobile contracts unused completely.

But this doesn’t mean the overall voice calling has been reduced and people are not talking to each other, the report doesn’t include the data from most popular chat apps such as WhatsApp and Facebook Messenger—BBC reported.

Most of the adults found the internet is an essential part of their lives, one out of 5 spends more than 40 hours a week online, the report said. It’s almost a full-time job for them if they can make something productive out of it.

However, the average is quite a modest spending 24 hours a week online with more than half of the time spent online using mobile devices.

Women internet usage has surpassed Men internet usage, females between 18 to 34 spent half an hour more time online as compared to men. Nearly 70% of commuters use smartphones on their way to work saying they use it to complete essential tasks such as checking emails, etc. UK users roughly spend 1.9GB of mobile data on average per month, said the report.

The amount of time spent online using smartphones has created worries for parents, children, families, and society as a whole, tech giants such as Google, Instagram and Facebook are now allowing users to watch their actions and time spent on different apps. 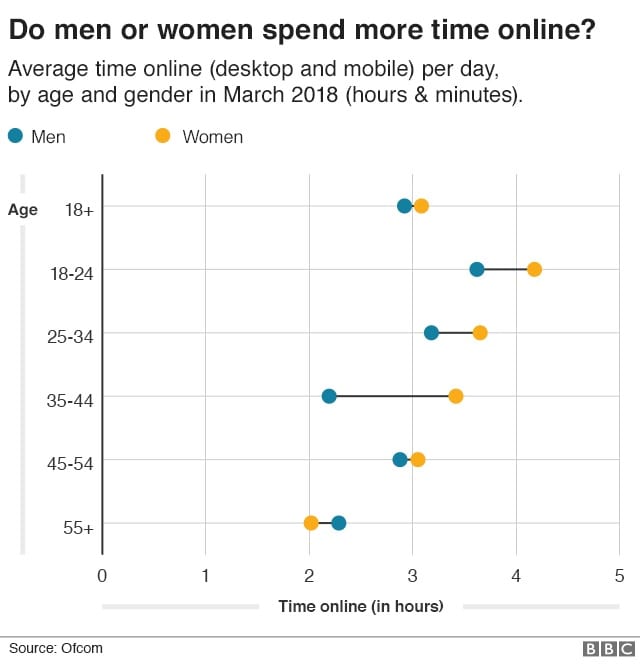 In the UK, mobile phone usage has surpassed when compared to TV, during 2008 the people were asked which is the most important device/gadget they own? More than half of the respondents said TV and only 13% said phones.

Now in 2018, 48% of the people said smartphones while only 28% said TV. Despite TV still being the popular gadget, most of the viewership comes from the internet television services such as Netflix and Amazon Prime, 40% of the UK households subscribe to Netflix, 42% of households now own a smart TV, on average UK households spend £124 per month, the report said.

How to Get Your Business off the Ground as a Student

What is a PDF Extractor Tool?