WhatsApp is getting major updates which include stickers and business-related application features. Facebook—the parent company of the social messaging network made this announcement yesterday at the annual F8 developer conference. WhatsApp would also be adding group video calls in near future as announced by Mubarik Imam—Director WhatsApp.

Imam has not given out any details regarding the working of the group video calls yet, however from the example video, it could be seen that calls would permit four people to simultaneously connect together.

Also Read: WhatsApp Soon to Ban Under Sixteen from Using Its Service

She further revealed that the messaging platform at present has got more than four hundred and fifty million daily users, and nearly above two billion minutes of video and audio calls are made via WhatsApp on a daily basis.

Additionally, WhatsApp would also be getting stickers, matching the pattern or footsteps of other messaging applications like Line, WeChat and Facebook Messenger. It would also permit third parties to create their own collection of stickers. 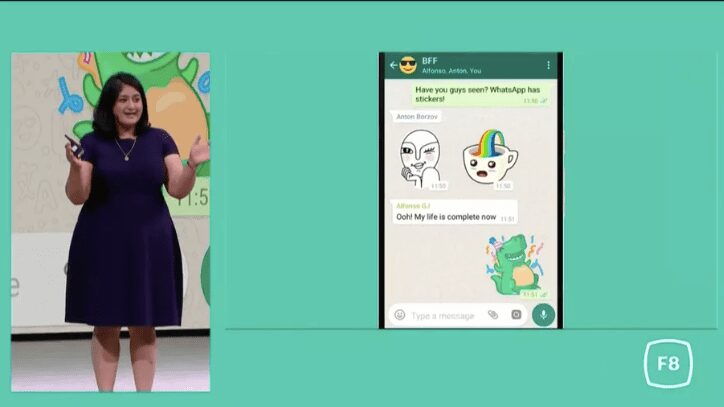 And lastly, the messaging platform would be expanding its push into business. Previously, it launched WhatsApp Business on Android earlier this year, which is presently free. However, the app is expected to charge large brands for extra benefits that would assist these brands in making more customers and more money.

WhatsApp Business was introduced with the sole objective of making small business owners connect much more easily with their customers.

Earlier last month, WhatsApp introduced many new features including the option to listen to voice messages while using other applications, features like offered by  Instagram and Snapchat, the option of tagging and sending location and time on any picture or video sent in groups or individually to another WhatsApp user.

18 hours ago Nicole Craig
We use cookies on our website to give you the most relevant experience by remembering your preferences and repeat visits. By clicking “Accept”, you consent to the use of ALL the cookies.
Do not sell my personal information.
Cookie SettingsAccept
Manage consent