It is apparent that the Facebook-owned app is making its way for the Android devices. WhatsApp for Android would soon be getting the swipe to reply feature as per the latest reports.

According to the WABetaInfo, WhatsApp is working on the feature for the Android application. Recently, the app submitted a new update via the Google Play Beta Programme, bringing the beta version up to 2.18.282.

As per the claims of the report, the feature is currently not available because of “development reasons”. WhatsApp further disclosed that it needs to get many improvements before the feature could be rolled out for the Android users. 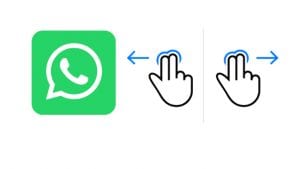 The feature would enable the Android users in responding quickly to the messages. The Android users would no longer be needed to tap and hold the message to get to the Reply button. The Swipe to Reply feature for WhatsApp would permit the users to reply directly by just swiping the message.

The feature is already in use of the iOS users and they are enjoying the ease and comfort that the feature brings. The Android users would soon be able to enjoy the feature too. As per the report, the new WhatsApp feature would be available in one of the next few updates.

Additionally, the app is also reportedly working on a Dark Mode feature. Reports claim that WhatsApp has started to work on the mode both for the iOS and Android users. No date has been marked for the exact launch of the Dark Mode.

More Read: WhatsApp to Launch Dark Mode, As Per Reports