Internet speed really matters now in the rapidly changing technological advancements, as the technology progresses there is an increasing need for fast internet speed. For instance, you might have experienced downloading a movie in 700MBs previously but now you need to watch the movie in Blue-Ray making it roughly 4GB. 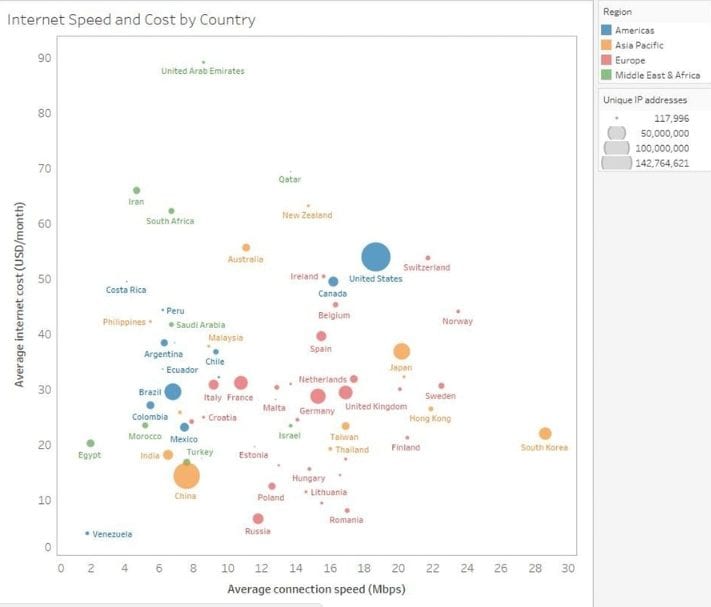 Venezuela has the lowest cost of internet with lowest speeds up to 2MBPS and Egypt has the lower speed with higher costs comparatively. Russia, Poland, Hungry, Lithuania and Israel are the countries with low cost and moderate internet speeds.

UAE is considered the country with most expensive internet and has low average internet speed.

Iran becomes one of the worst countries with speeds not exceeding 4 to 6 MBPS and costs more than $65 per month for the connection.

However, there is no data regarding Pakistan but analyzing the cost and speeds in Pakistan it falls somewhere between the top 20 worst countries in terms of speed and cost.