The render confirms the design and the leaked live image on Nokia 7 Plus, both are the same, the phone has a full-screen display with no physical buttons on it and the camera setting which is vertical are at the rear below the camera setting fingerprint sensor is sitting.

The display appears to be slightly curved on the sides, the top bezel accommodates front-facing selfie camera along with the Nokia logo on top right corner. The earpiece is right in the middle of the bezel. 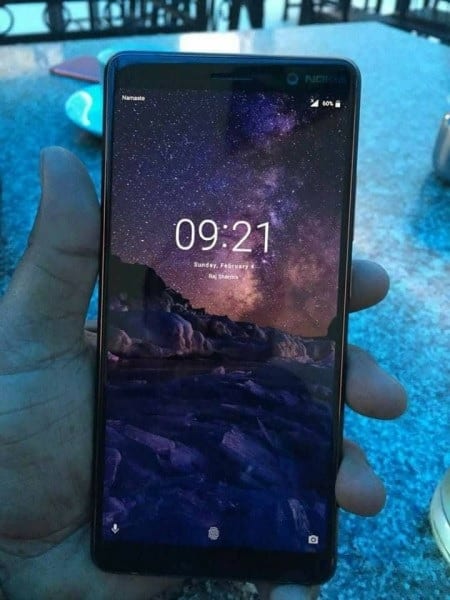 Both the renders and the live image of the Nokia 7 Plus are the same which confirms the design of the device. According to the leaked specifications, the phone comes with 4GB RAM and carries Snapdragon 660 chipset. Nokia 7 Plus comes with a dual camera at the back with Carl Zeiss camera sensor and the camera specifications are 12MP+13MP. However, the front selfie shooter is said to be a 16MP.

Leaks also speculate about the software the device is going to use, it is rumored that 7 Plus is an Android One phone and runs Android Oreo 8. The render date specified on the front is the time and date when the phone would be unveiled publicly at the event MWC on February 25. Until then, you got all the major details about the phone already.

16 hours ago Yasir Zeb
We use cookies on our website to give you the most relevant experience by remembering your preferences and repeat visits. By clicking “Accept”, you consent to the use of ALL the cookies.
Do not sell my personal information.
Cookie SettingsAccept
Manage consent