Motion, BlackBerry’s newly introduced smartphone is now available for pre-orders, officially announced by the company. This smartphone is a complete touchscreen version and has no keyboard options. This phone is different from the earlier released phone by the company.
BlackBerry is considered one of the best smartphone producers on the globe when it comes to maintaining privacy in communications and phone’s productivity.

The United Arab Emirates is the first country where the smartphone could be pre-ordered, as this was informed earlier that Blackberry’s Motion would first be released in the Middle East.

Carrier Axiom Telecom has enlisted this BlackBerry’s new phone at a cost amounting to AED 1,699 which if converted to US Dollars makes a total of $460. 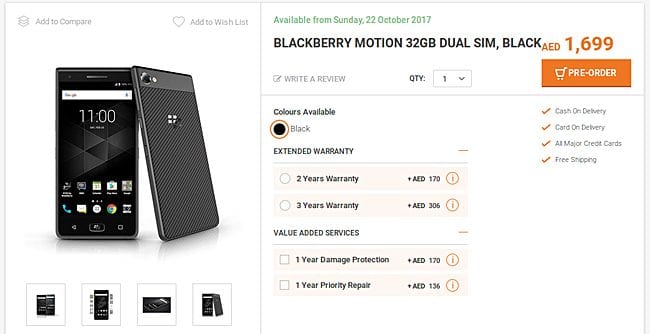 The cell phone would be launched on the twenty-second of this month (22nd October), after the release the phone would be shipped to all the customers who have pre-ordered it.

Besides, the Middle East countries, the smartphone will also be obtainable by the Europeans, at a price of €499.
Currently, no information is there about the BlackBerry’s phone availability for the US market or about its possible cost.

Read More: A Unique Feature to be Introduced by Samsung Galaxy Note 9

Micron’s bleak outlook is only getting worse

How to Convert Word to PDF without Losing Formatting

A huge bug can corrupt data on PCs built after 2018