On Wednesday Mamnoon Hussain—the President said that digitizing the Urdu Dictionary would result in preserving the many years old age culture and tradition of the land.

He uttered these remarks at the launch event of the web edition of the Urdu language dictionary in the Federal capital at Aiwan-e-Sadr.

Hussain added that language is the means of identification for culture and literature.

He displayed his utmost satisfaction with the proceedings—means the digitalization of the Urdu dictionary process as it would assist the new generation to have access to the better understanding the language in detail.

The president appreciated and lauded the efforts of Irfan Siddiqui—Prime Minister’s Advisor on National History and Literary Heritage, as it was under his support Aqeel Abbas Jaffrey—the editor-in-chief of the Urdu Dictionary was able to attain the digitalization of the twenty-two editions of the dictionary. 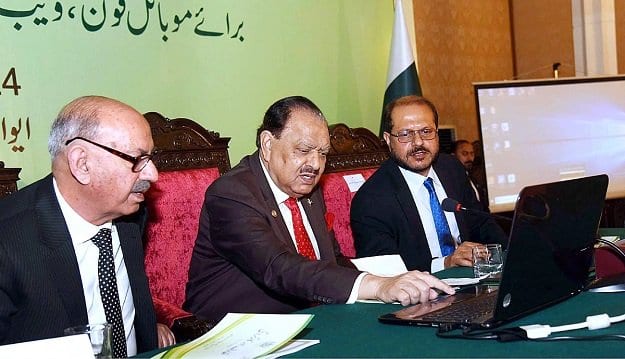 Hussain added that the languages which have got their historic backgrounds, vocabulary, words type and usage in different times and lingual experiences assembled in the form of a proper and scientific glossary get immortalized.

He added that the countries who preserve and document their cultural history are safe from foreign cultural invasion and they have got nothing to fear.

The President stressed upon the need of preserving the rare books, literature and research material that is incorporated in the making of the Urdu dictionary as a national asset. He also mentioned that the government would make sure to meet the requirements of related institutions in their attempts and efforts.

He also said that dictionary maintenance was not just some academic activity it was a technical matter as well.