Presently, the downvote button feature is available for “public” posts only. The United States users who have this feature available for them could see that that the downvote and upvote option are provided with every comment on the post. Additionally, a number is also provided with the icon to indicate the count of votes so far received on the post.

The downvote button of Facebook is the recent most addition to the earlier emoticon interface. This interface allows users to react to any post selecting from the provided set of emojis. 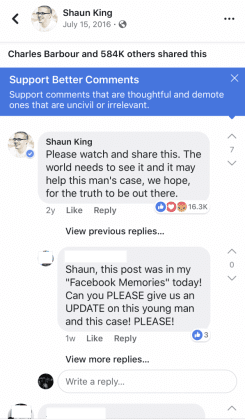 In addition to the caption the prompt mentions to press the down arrow if any comment is found disrespectful or has got bad intents. And that it is still fine to disagree with something but in a respectful way.

Facebook is fully aware that how this feature could be exploited hence they launched the feature with a message which states that support comments that are thought provoking and demote the comments that are not civil and not relevant.

No official statement has been made so far by the social networking giant regarding the launch of this feature. It was noticed by the Facebook users themselves in the latest upgraded version of the Facebook mobile application. This time also people are to witness and report the change themselves and again the company has not made any comments on it.